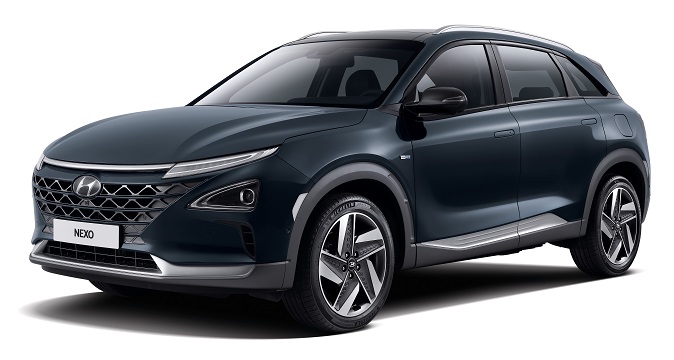 There were 766,464 green vehicles registered in South Korea as of end-October, accounting for 3.16 percent of the total vehicles here, according to the data from the Ministry of Land, Infrastructure and Transportation.

This is the first time that the share of eco-friendly cars exceeded the 3 percent mark.

The portion of such clean cars has been increasing steadily. It reached 1.99 percent in 2018 and 2.54 percent last year.

The number of hydrogen fuel cell electric vehicles reached 10,041 units, up 154.1 percent from a year earlier.

Sales of new eco-friendly cars have been flying high in South Korea this year.

According to the Korea Automobile Manufacturers Association, 129,844 units of environmentally friendly vehicles have been sold throughout October, up 46.1 percent from a year ago.

Industry observers said eco-friendly vehicle sales are likely to further rise in the country as automakers are set to release new EV models in the near future.

In July, the government also unveiled a plan to inject 20.3 trillion won (US$18.1 billion) by 2025 to beef up the future mobility sector, including EVs and hydrogen-powered cars, under its “Digital and Green New Deals” projects.