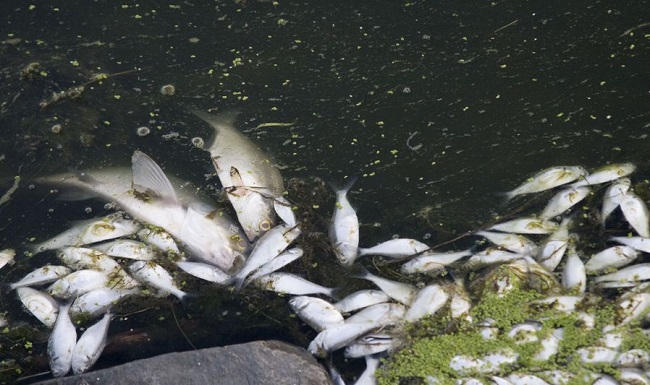 Experts pointed out that fish death is an inevitable natural phenomenon during a drought, but the lack of evacuation routes and structural problems in streams vulnerable to drought aggravated the circumstances.(Image:Kobiz Media)

SEOUL, Jul. 31 (Korea Bizwire) — South Korean authorities have begun to draw up measures to help fish survive droughts, such as setting up ecological refuges and refurbishing streams and rivers.

On July 30, the Ministry of Environment announced a pilot project to construct ecological refuges to help address the issue of fish fatalities during times of drought, a joint initiative led by the Ministry and the Korean Environment Corporation.

The regions participating in the project include Jojin Stream in Sejong City, Doondang Stream in Seosan City, the Yedang Reservoir in Yedang-gun, the Chopyeong Reservoir in Jincheon-gun and other streams and reservoirs across the country that experienced mass fish deaths during the droughts this year.

Experts pointed out that fish death is an inevitable natural phenomenon during a drought, but the lack of evacuation routes and structural problems in streams vulnerable to drought aggravated the circumstances.

As for long-term measures for securing the continuity of streams, rivers and other bodies of water, proposals included the removal of dams or weirs, construction of fish migration channels and the prevention of evaporation by diversifying the course of streams and rivers.

The Ministry of Environment is set to determine the project participants next month and finish the design and construction of the ecological refuges by March of next year, followed by the monitoring of their functions until the end of next year.

“While projects such as the restoration of streams are planned, relevant schemes need to be updated so as to reflect their structural renovations in accordance with the climate change response plan,” said an official from the Ministry of Environment.