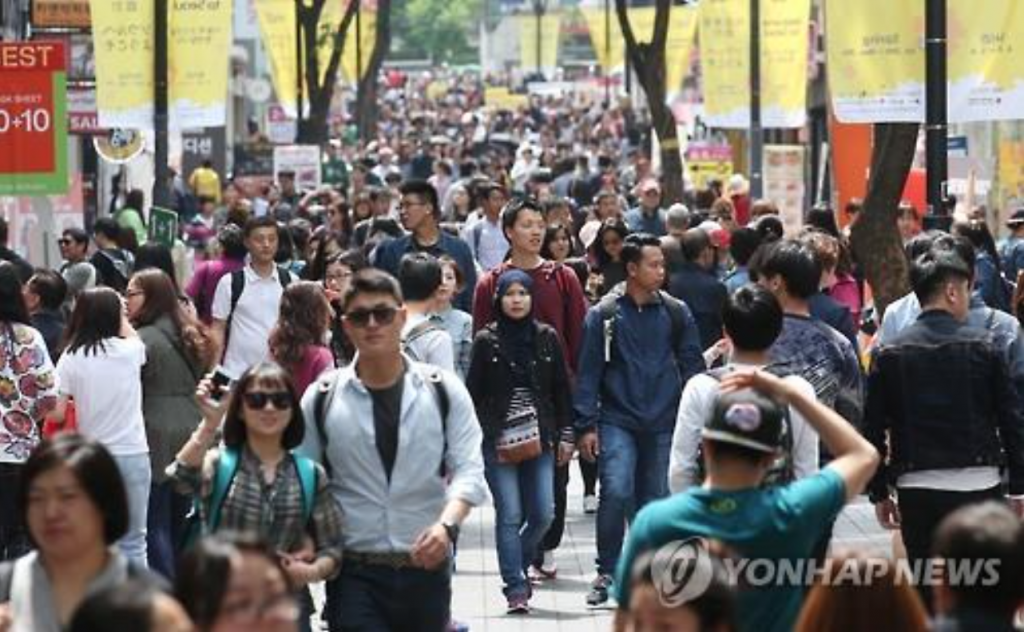 Myeongdong, a hot tourism spot in downtown Seoul, is crowded with travelers on May 1, 2016. (image: Yonhap)

A total of 5.98 million Chinese nationals visited South Korea in 2015, growing an average of 40.6 percent since 2012 thanks to the geographical proximity and the popularity of Korean pop culture, the LG Economic Research Institute (LGERI) said in a report.

If the current trend continues, the number of Chinese visitors is expected to surpass 15 million in 2020 and the combined spending will reach $50 billion, about 5.7 percent of South Korea’s total household spending, it noted.

The estimates could change, however, depending on political and diplomatic issues, while the currency exchange rate could also influence sentiment among Chinese shoppers, Shen Jia, the report’s author said.

“The rapid surge of Chinese travelers to South Korea partially benefited from an anti-China protest in Hong Kong and the conflict between China and Japan. The atmosphere could change suddenly in the wake of (Seoul’s decision to deploy the advanced U.S. anti-missile system),” Shen said.

In response to growing calls, the tourism ministry has conducted monitoring on tour agencies and restaurants from June 7 to July 19 to crack down on substandard operators.

The ministry said 40 percent of 71 restaurants that mainly handle Chinese group travelers were caught for irregularities, such as poor sanitary conditions and not presenting official prices on menus.

Out of 61 tour agencies specializing in Chinese travel programs, the ministry discovered 55.7 percent were under suspicion of operating under false names or tax evasion, noting it will revoke the licenses of problematic agencies after conducting an in-depth investigation into them.