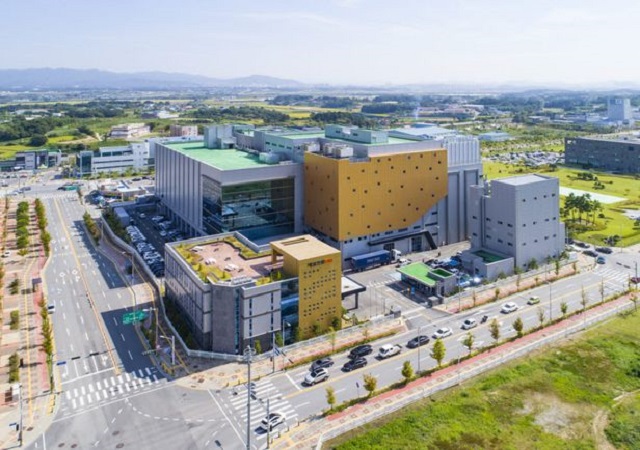 This photo provided by EcoPro BM Co. shows the company’s in Cheongju, 137 kilometers southeast of Seoul.

SEOUL, Dec. 9 (Korea Bizwire) — EcoPro BM Co., a South Korean cathode manufacturer, said Thursday it is spending about 970 billion won (US$826.3 million) over the next four years to build a cathode-producing plant in Hungary, in what would be its first investment overseas.

The factory, to be located in the country’s eastern town of Debrecen, will have annual production capacity of 108,000 tons, enough to be used in some 1.35 million electric vehicles, the company said in a press release.

The company will aim to start mass production from the second half of 2024, it said.

It marks EcoPro BM’s first overseas plant and the largest to date by value. The investment will be made through a Hungary-based subsidiary it plans to set up later.

EcoPro BM has announced a plan to spend 2.8 trillion won by 2026 to expand its foothold into North America and Europe and aim to secure 480,000 tons — enough to be used in 6 million EVs — in terms of capacity to produce cathode materials, key components that determine the capacity and average voltage for lithium-ion batteries.

EcoPro BM is known for having succeeded in mass producing high-nickel cathode materials with the nickel content of over 80 percent.

In 2018, it became the first company in the world that applied the high-nickel cathodes to EV batteries and commercialized them.

It operates two factories in South Korea, with the annual production capacity at 95,000 tons.

Last year, EcoPro BM formed a 60:40 joint venture with battery maker Samsung SDI Co. to build a factory in the southern port city of Pohang and began its test run in October.