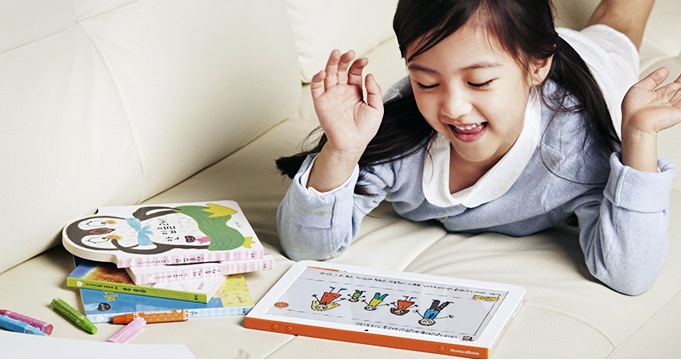 SEOUL, April 11 (Korea Bizwire) – Although studies have recently shown that children’s use of smartphones and tablet PCs could have a harmful effect on their growth and development, educational IT devices are becoming increasingly popular among Korean parents.

According to Woongjin Thinkbig’s report on April 9, Woongjin Book Club, the company’s ebook service package that’s linked with hard-copy books, had attracted 40,000 subscribers as of February, 6 months after its launch. The package also lets parents monitor their kids’ use. Woongjin Thinkbig is also planning to launch smart tablet PCs designed for childhood education.

Kyowon Group has sold more than 30,000 units of its All & G Pad educational tablet PC, which was launched in May 2014. Parents can also monitor and manage their kids’ educational progress on the tablet.

Other private educational service providers are also introducing smart device services. Yoons English School now has 71.1 percent of its subscribers using the company’s IT educational program. The figure was 38 percent only a year ago.

According to an expert in the private education industry, parents initially hostile to the idea of smart device education tend to keep their kids away from the IT educational services, while parents open to the idea are mostly satisfied with the companies’ services.