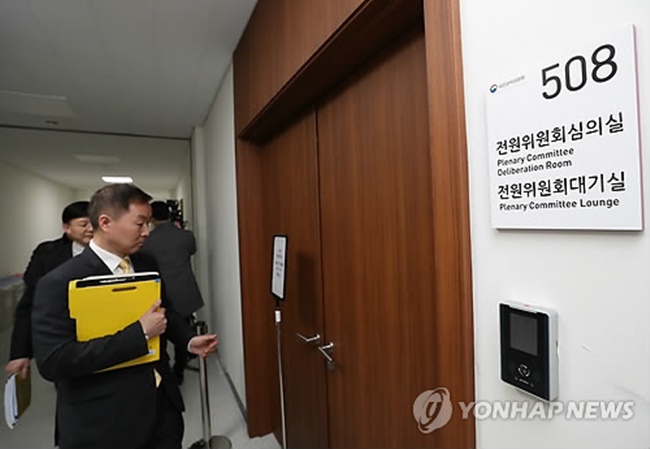 The Anti-Corruption and Civil Rights Commission voted down a revision bill on the so-called “Kim Young-ran Law.” (Image: Yonhap)

SEOUL, Nov. 27 (Korea Bizwire) – Efforts to revise an anti-graft law hit a snag on Monday before they even got off the ground.

The Anti-Corruption and Civil Rights Commission voted down a revision bill on the so-called “Kim Young-ran Law.”

Named after its architect who once served as a Supreme Court justice and anti-corruption agency chief, the lawbans public servants, educators and journalists from receiving free meals valued over 30,000 won (US$27.60), gifts worth more than 50,000 won or congratulatory or condolence money of more than 100,000 won.

Offenders will face a maximum sentence of three years in jail and a fine of up to 30 million won.

The commission sought to double the price limit on gifts to 100,000 won for agricultural, livestock and fishery goods, but the proposal was rejected in its plenary meeting.

The law, which took effect in September last year, has faced criticism that it adversely affects consumer spending.