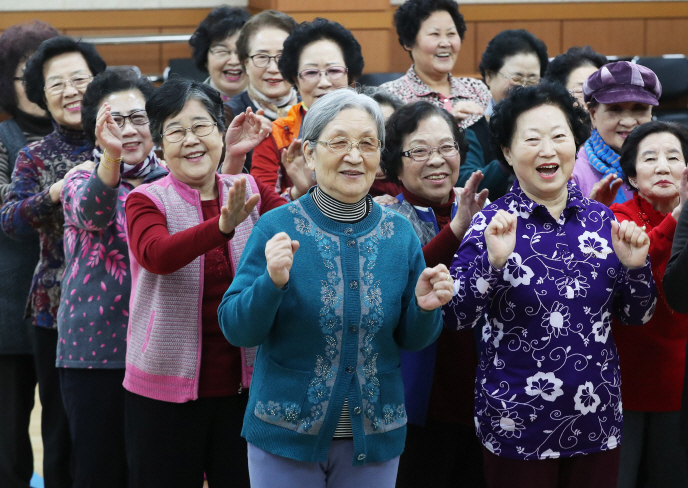 A group of seniors takes part in a dance class in Seoul. (Yonhap)

SUWON, Dec. 25 (Korea Bizwire) — Elderly people over the age of 65 turned out to account for the largest share of the new class of people nicknamed NEES.

The NEES tribe refers to people who do not participate in economic activities, nor in education and social activities.

According to a report released on Thursday by the Gyeonggi Research Institute, a think tank run by the government of Gyeonggi Province, 50.6 percent of elderly men and 67.8 percent of elderly women can be classified as NEES people, the highest among all age groups.

The institute said that the share of NEES among women was 34.8 percent, higher than the 15.6 percent reported for men, reflecting the trend that women’s participation in social activities declines due to marriage and child-rearing.