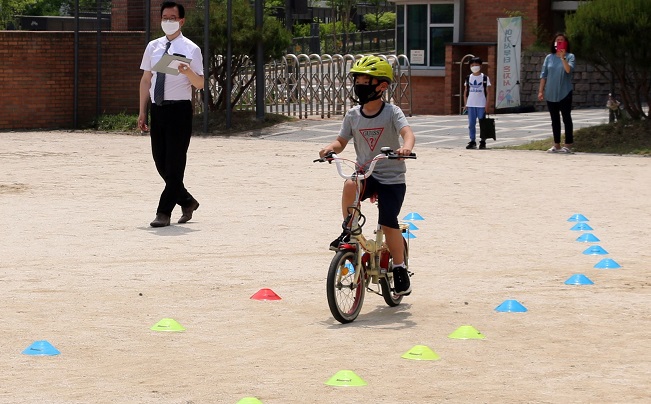 For student safety, the school began to hold these bicycle license tests twice a year, based on the decision that separate education on riding a bicycle and traffic regulations is crucial. 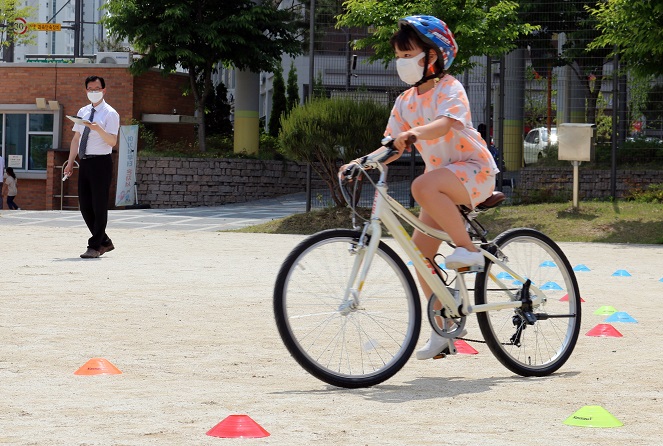 The first round of the test involves riding a 50-meter straight course and passing through S and L courses.

The second round of the test requires students to take a written examination on bicycle-related facts and regulations, and listen to an hour of safety education.

Thus far, more than 500 students, including graduates, have acquired the bicycle license, contributing to zero cases of bicycle accidents at the school since its establishment in 2017.