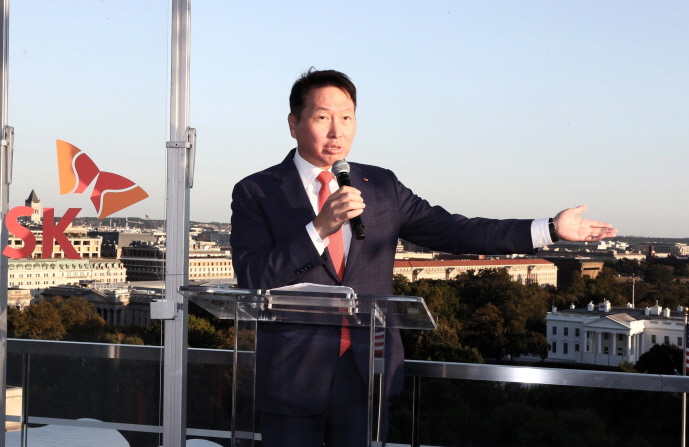 WASHINGTON/SEOUL, Sept. 20 (Korea Bizwire) — SK Group, an energy-to-telecom focused conglomerate, plans to invest US$10 billion over the next three years in the United States, the group’s chief has said, as it seeks to expand its presence in the world’s largest economy.

SK Group Chairman Chey Tae-won made the remarks during a corporate event in Washington D.C. on Thursday (local time), emphasizing that the group wants to strengthen partnerships with the U.S.

SK Group has been active in recent years in fostering its new growth engines in the U.S.