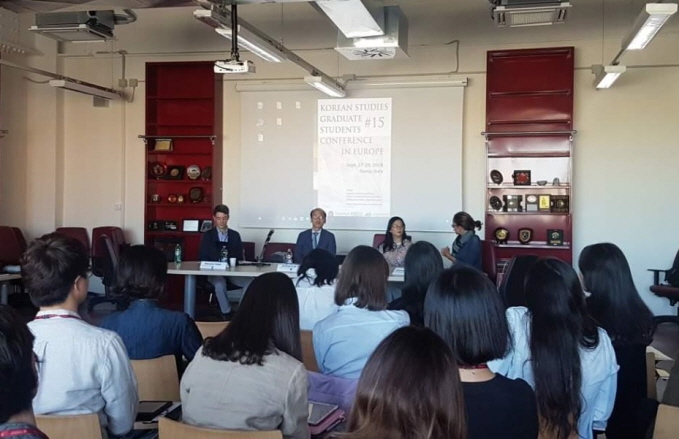 The 15th Korean Studies Graduate Students Conference in Europe was kicked off at the Sapienza University of Rome on September 27. (image: Yonhap)

SEOUL, Sept. 28 (Korea Bizwire) – The next generation of Korean studies experts from Europe have gathered in Rome, Italy to discuss various aspects of South Korea and to suggest a possible direction of the field of study for the future.

The 15th Korean Studies Graduate Students Conference in Europe was kicked off at the Sapienza University of Rome on September 27.

Founded in Germany 15 years ago with the aim of establishing a network for Korean studies and to enhance the level of Korean studies in Europe, the conference has been held every year in various European cities such as London, Moscow and Copenhagen.

This year’s conference, which is co-hosted by Sapienza University and the Academy of Korean Studies, will be held for three days until September 29, during which more than 50 Korean studies experts from 15 countries will discuss Korean film, literature and culture as well as the history of the Korean language, pedagogy and other topics related to the field.