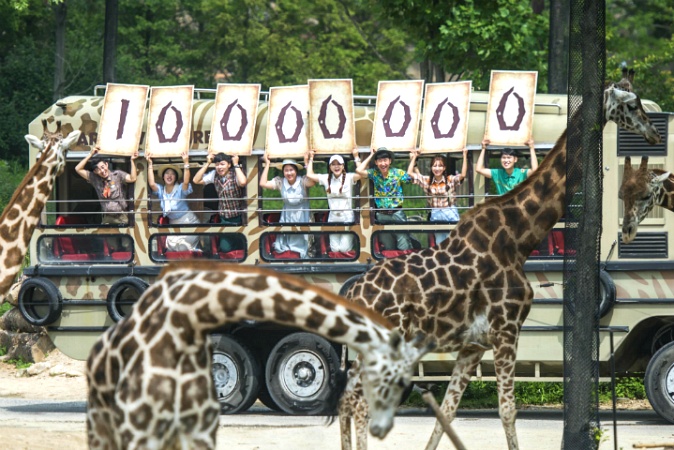 Spread out over 41,000 square meters, the Lost Valley Safari is an area devoid of artificial fences or barriers, where some 150 animals from 20 species roam freely in a natural environment, the company said.

In 2016, the amusement park added a giant panda duo from China. Ai Bao and Le Bao were sent from the Chinese southwestern province of Sichuan after the two countries agreed to conduct joint research on the endangered species during Chinese President Xi Jinping’s visit to South Korea in 2014.