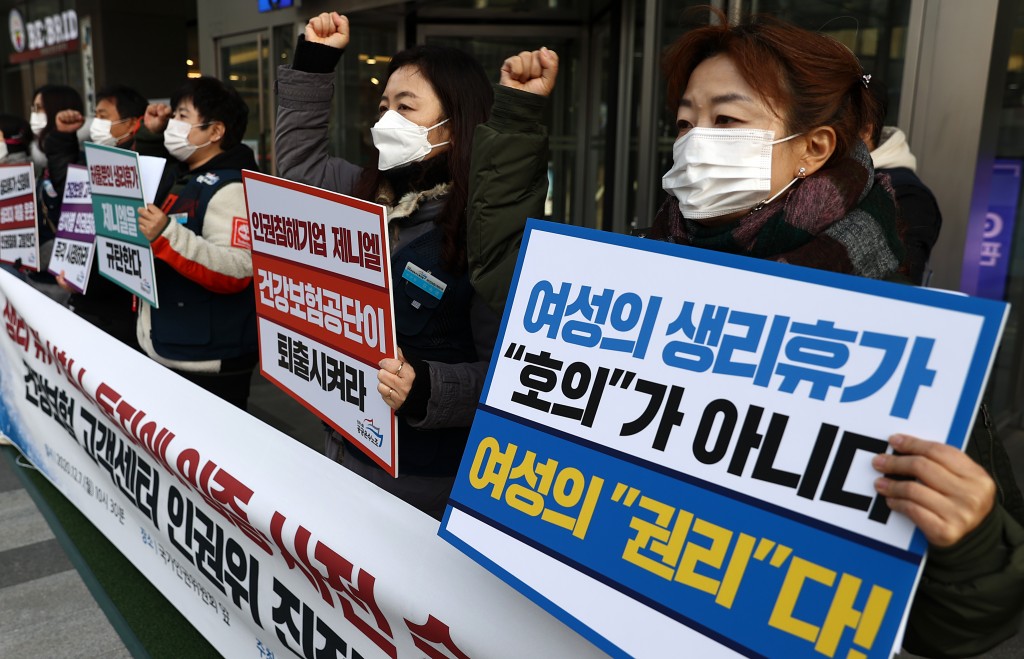 This Dec. 7, 2020, file photo shows members of the Korean Confederation of Trade Unions holding a press conference on menstrual leave in front of the national human rights commission in central Seoul. (Yonhap)

Kim Soo-cheon was indicted in 2017 for declining to approve 138 requests for period leave by 15 flight attendants between May 2014 and June 2015.

Under local law, companies are mandated to allow one day of menstrual leave each month upon a female employee’s request.

A lower court found Kim guilty of breaching employment law and sentenced him to a fine of 2 million won (US$1,790).

Kim claimed there were “many suspicious cases” in which requests for the leave were made near holidays or non-duty days. He added the employees did not prove whether they were having a period.

But in the initial ruling, the court said that asking an employee to prove their period can “infringe upon privacy and human rights” and create a culture of employees refraining from applying for leave, handing down the fine.

An upper court also turned down Kim’s appeal, saying there was no justifiable reason the requests were denied even when considering special circumstances and the portion of female employees.

The top court upheld the earlier ruling, saying there was no legal mistake or misunderstanding.