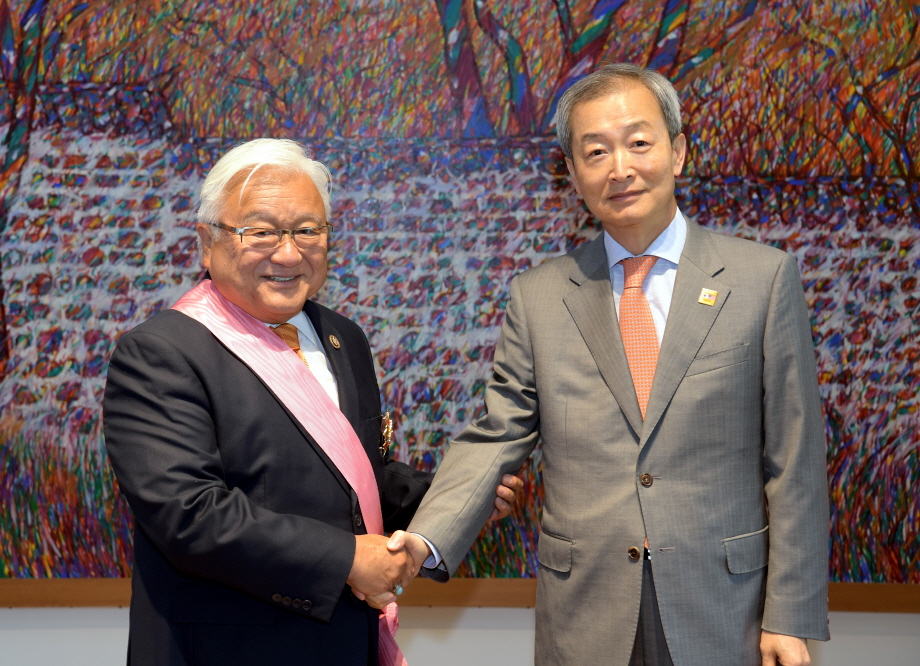 Honda, who served as a House member representing California from 2001 to 2017, received the Gwanghwa Medal of the Order of Diplomatic Service Merit from South Korean Ambassador Ahn Ho-young in a ceremony at the ambassador’s residence.

The medal is the highest honor in the Order of Diplomatic Service Merit.

Honda said it was a great honor to receive the medal and he will continue his efforts to help sexual slavery victims receive an official and unequivocal apology from Japan’s government.

A long-time fighter for Korean victims of Japan’s wartime sexual slavery, Honda has been at the forefront of efforts to get Japan to admit and apologize to victims of its sexual enslavement of women for its troops during World War II. Korea was a colony of Japan from 1910 to 1945.

In 2007, Honda wrote House Resolution 121 and helped it pass through the House unanimously. The resolution urged Japan to formally acknowledge, apologize and accept historical responsibility for the atrocity in a clear and unequivocal manner.

He failed to win reelection in November.