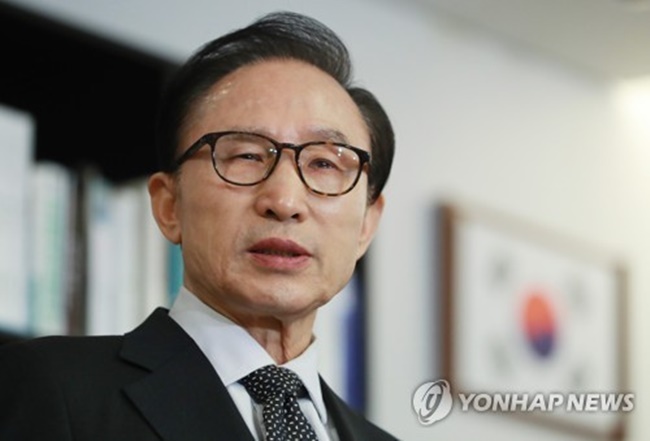 SEOUL, March 6 (Korea Bizwire) – Former President Lee Myung-bak has been asked to appear for questioning next week over a string of suspicions of bribery and other irregularities, officials said Tuesday.

The Seoul Central District Prosecutors’ Office subpoenaed Lee to come to the office for questioning as a suspect at 9:30 a.m. on March 14, officials said.

“It is essential to investigate Lee in order to uncover truth in a transparent and efficient way,” a prosecution official said. “We’re not considering calling him in for questioning multiple times.”

The official also said prosecutors have collected enough investigative information so far and that it’s time to question him face-to-face.

Lee, who was in office from 2009-2013, is facing suspicions that presidential aides received illicit money worth at least 1.75 billion won (US$1.63 million) from the state intelligence agency at his instruction. While indicting one of Lee’s closes aides last month, prosecutors described Lee as the main culprit.

Lee is also at the center of a ballooning scandal involving his brother’s auto parts manufacturer, DAS. Prosecutors suspect that Lee is the real owner of the company and has used it as a channel to create slush funds, among other irregularities.

Should Lee comply with the summons, he will be the fourth former president to appear for questioning as a suspect after former President Roh Tae-woo did so in 1995, Roh Moo-hyun in 2009 and Park Geun-hye last year. Former President Chun Doo-hwan refused to comply with a 1995 summons and was later arrested.

Lee has denounced the investigation as political retaliation by the administration of President Moon Jae-in over the death of late former President Roh Moo-hyun. Roh killed himself in 2009 when Lee was in office amid a corruption investigation that forced him to appear for questioning, a humiliation that many believe led to the suicide.

Lee’s associates have claimed that the government of President Moon, a key Roh ally who served as Roh’s chief of staff, is trying to force the same humiliation back on Lee. Prosecutors and presidential officials flatly reject such claims.