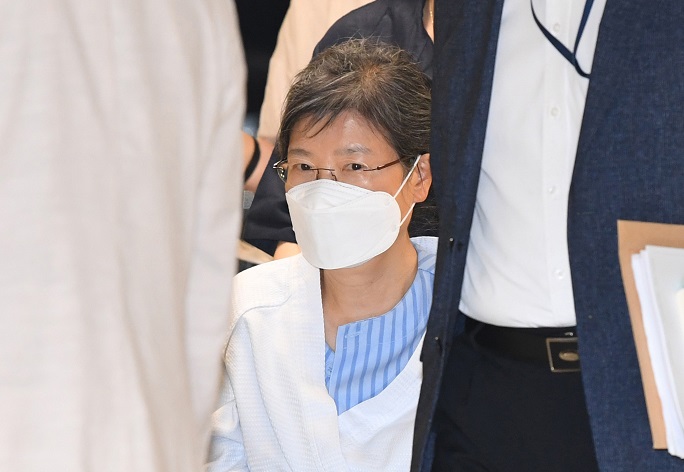 SEOUL, Dec. 31 (Korea Bizwire) – Former President Park Geun-hye was set free Friday under a presidential pardon, after four years and nine months of imprisonment following her impeachment and ouster from office for corruption.

The 69-year-old Park has served a combined 22-year prison sentence since March 2017 after being impeached and removed from office over far-reaching corruption and an influence-peddling scandal involving a close friend accused of manipulating her.

Last week, President Moon Jae-in decided to pardon Park as part of his special amnesty for the new year. The government said the decision was made in consideration of her deteriorating health and as part of efforts to promote national unity.

Park has been receiving treatment at a Seoul hospital for a series of back, shoulder and other ailments. She received a certificate of pardon at the hospital at midnight and is expected to remain there until early February.

Park is eligible for government security protection but is not subject to other former presidential privileges, such as the provision of special pensions for retired presidents and personal secretaries, due to her conviction.

Where she will stay after leaving the hospital remains unclear for now, as Park’s private home in southern Seoul was auctioned off as part of her forfeiture.

Hundreds of supporters gathered together and celebrated Park’s release in front of the hospital in southern Seoul.

Hundreds of standing flower wreaths with messages celebrating the pardon lined a street near the hospital, while a 4-meter-high LED tree bore a phrase wishing her good health.

Supporters let off fireworks and erupted in cheers when Park’s pardon went into effect at midnight.

“The impeachment of President Park is invalid,” Park Jong-mun, a 63-year-old supporter from Gyeonggi Province, said in a raised voice during the rally. “The rule of law will be restored only when she returns to Cheong Wa Dae.” 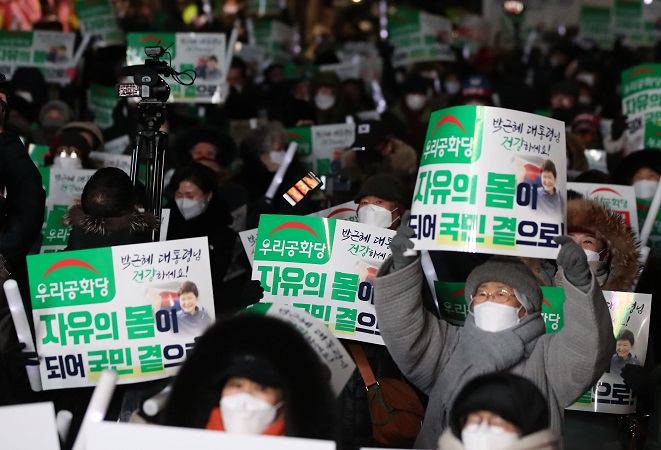 Supporters of former President Park Geun-hye celebrate her pardon in front of a hospital in central Seoul on Dec. 31, 2021. (Yonhap)

The amnesty for Park, the eldest daughter of former authoritarian President Park Chung-hee, is expected to have a significant impact on the upcoming presidential election in March, as she has commanded strong support of voters in Daegu and North Gyeongsang Province, a stronghold of the main opposition People Power Party (PPP).

Earlier in the day, Yoon Suk-yeol, the presidential candidate of the PPP, told reporters during a visit to Park’s political stronghold of Daegu, 300 kilometers southeast of Seoul, that he hopes to pay Park a visit after she recovers her health.

Park’s release has put Yoon, a former career prosecutor, in an awkward political position as he headed the investigation of Park’s corruption scandal in 2016 that eventually led to her impeachment, ouster from office and imprisonment.

Ultra conservative supporters of Park have called for Yoon to give up his candidacy.