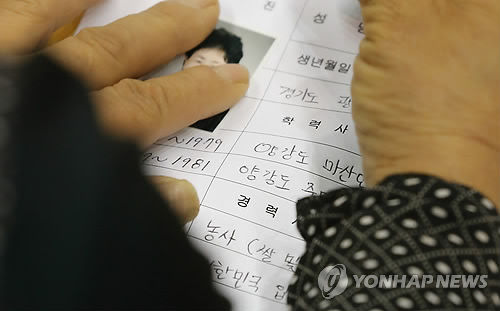 SEOUL, May 3 (Korea Bizwire) — Many North Korean defectors have experienced difficulties finding jobs in South Korea because of their accent and the way they speak, a survey carried out by a local human rights watchdog said Tuesday.

The poll of 1,400 North Korean defectors aged 15 years and older was conducted by the Institute of Unification Studies of Ewha Womans University at the request of the National Human Rights Commission last year.

When asked about the most difficult problem in regards to employment, 26.8 percent of the 1,193 respondents said that the North Korean-style of intonation is a handicap. This was followed by a lack of skills or experience at 22.4 percent, while health issues and age accounted for 18.3 percent and 17.1 percent, respectively.

In another poll of 624 respondents, 236 of them, or 37.8 percent, said they experienced inappropriate treatment and discrimination while working. Nearly half cited their North Korean accent as the cause of unfair treatment.

As of late last year, more than 28,000 North Korean defectors had moved to the South in search of freedom, but many are facing difficulties in finding work or resettling due to deep-rooted prejudice, according to another report by the human rights commission.

The human rights commission poll, meanwhile, showed that when confronted with infringement of their labor rights, 43.7 percent of the 404 respondents said they never tried to tackle the issue head on, but rather opted to exercise restraint.

Some 20.8 percent said they solved the problem through dialogue, but 9.4 percent replied they protested the wrong treatment.