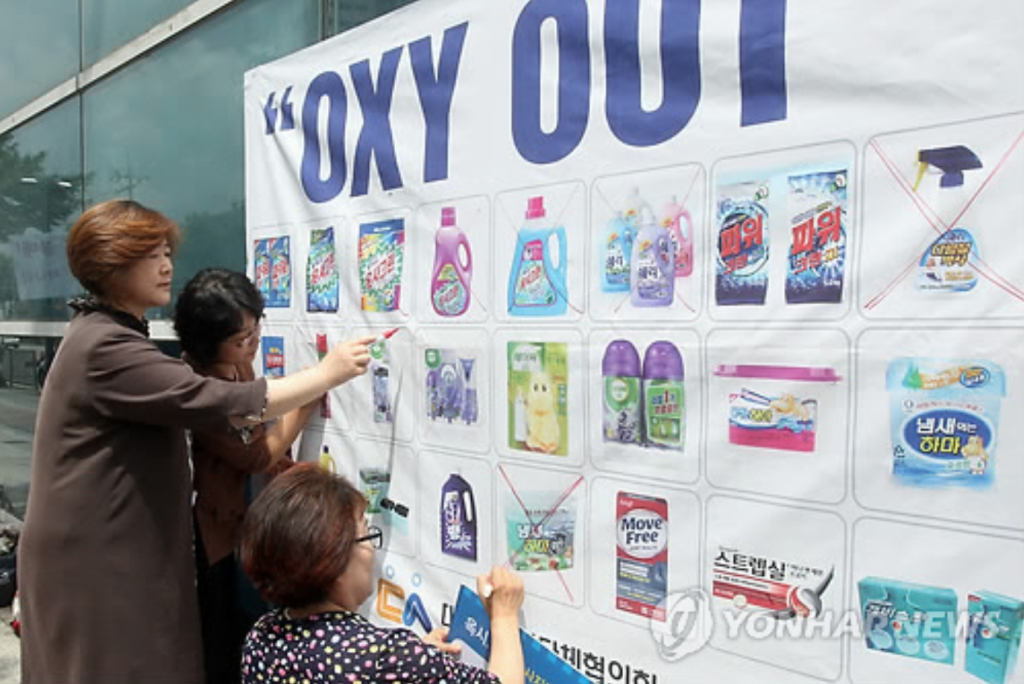 The Seoul Central District Court convicted Shin Hyun-woo, 68, of selling the products without going through due safety checks and gave him the maximum penalty possible by law.

The 68-year-old, who headed the company from 1991 to 2005, was indicted in May on charges of affecting 181 people with his professional negligence, including the deaths of 73. Oxy Reckitt Benckiser, the local branch of the British company, started selling the sterilizers here in 2001.

John Lee, the CEO of Google Korea, who formerly headed Reckitt Benckiser’s Korean division, was acquitted of all charges due to a lack of evidence. The state prosecution had sought 10 years in prison for Lee.

“The victims had to suffer extreme pains without knowing the exact cause and ended up dying or gaining severe disabilities that require them to live with support devices for the rest of their lives,” Judge Choi Chang-young said. “Most of the victims are young kids and their parents.

“If the defendants checked the safety of the products before, or even after their launch, we could have avoided this tragedy,” Choi said.

The courtroom was filled with reporters and victims, with some shedding tears when the sentence was handed down.

After the judge delivered the acquittal to Lee, a woman shouted in tears, “Don’t think it is over, John Lee!” expressing dissatisfaction with the sentence.

The humidifier disinfectant case, one of the worst scandals involving consumer products using chemicals, came to light after four pregnant women died of lung problems for unknown reasons in 2011.

A government-led investigation later confirmed a connection between scores of people who died of lung problems and the chemicals used to clean household humidifiers.