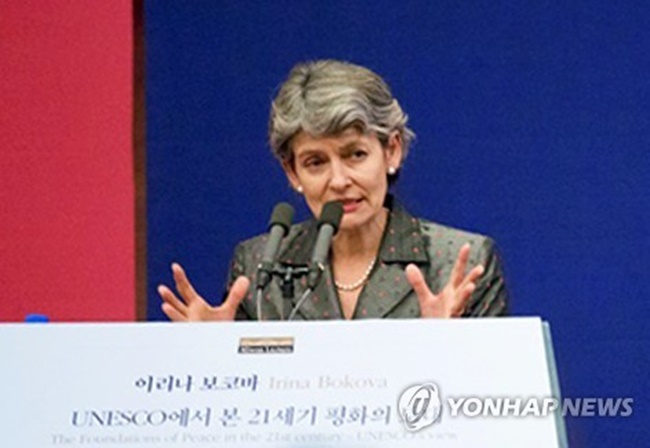 SEOUL, Feb. 7 (Korea Bizwire) – Irina Bokova, former director-general of the United Nations Educational, Scientific and Cultural Organization (UNESCO), will join Kyung Hee University in Seoul as a chair-professor and head of its arts and humanities faculty starting next month, the university said Wednesday.

The university said Bokova has been invited to assume the posts to share her expertise and experience in key world issues ranging from peace and multiculturalism to globalization.

As a chair-professor and honorary chancellor of Humanitas College, the former UNESCO chief will be giving regular lectures to students and participating in seminars and forums with a focus on a variety of global development and civic issues, according to the university.

She will also be awarded an honorary doctorate degree in Peace Studies next week, it added.

Bokova, a Bulgarian national, just ended her two consecutive four-year terms at UNESCO in November. She has extensive experience as a diplomat, having served as the first Secretary of State for European Integration and an ambassador to France and Monaco. She was the first woman to become UNESCO director-general.