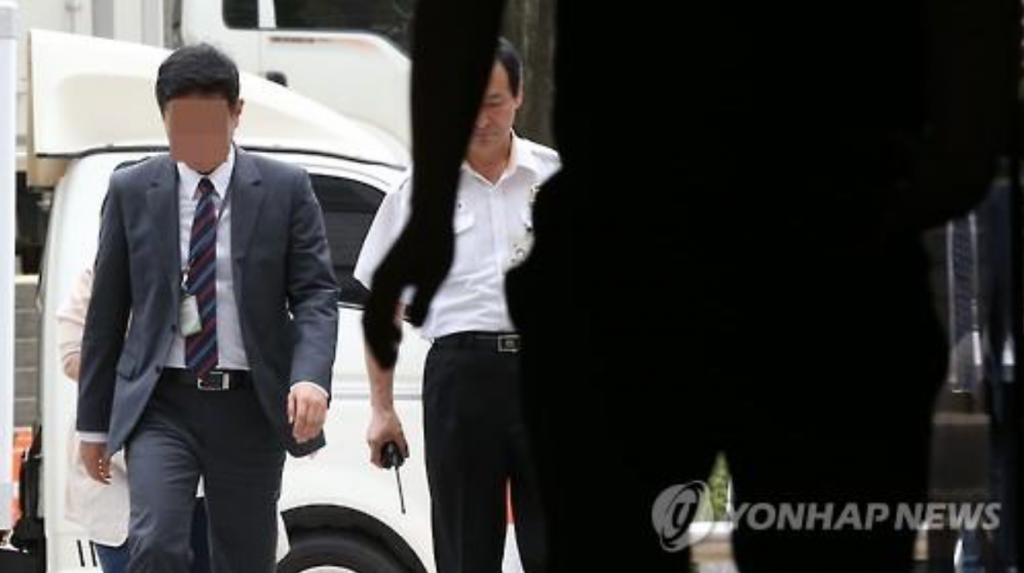 An executive at the local unit of Volkswagen (L), identified only by his surname Yoon, enters the Seoul Central District Court on June 23, 2016. The court issued a warrant to take him into custody on the next day over his alleged involvement in the German carmaker’s irregularities that came into light following its emissions scandal. (image: Yonhap)

SEOUL, June 24 (Korea Bizwire) – Seoul prosecutors formally arrested an executive of the local unit of Volkswagen on Friday over his alleged involvement in the German carmaker’s irregularities that came into light following its emissions scandal.

The Seoul Central District Court issued a warrant to arrest the executive in charge of the vehicles’ certification process, surnamed Yoon, on a string of charges, including forging documents and violating the Clean Air Conservation Act.

The court said there are considerable reasons to believe he committed the crimes.

The 52-year-old, the first Audi Volkswagen Korea official who has been taken into custody, is accused of forging reports to get approval from the government.

Prosecutors suspect the company doctored over a hundred reports on emissions results, noise levels and fuel efficiency between August 2010 and February 2015. Some models were even imported without going through the proper certification process, they said.

Under local law, all imported cars should first receive approval from the National Institute of Environmental Research (NIER) of their emissions results and noise levels.

Prosecutors said they will interrogate Yoon on the allegations raised and whether the German headquarters was involved in the process.