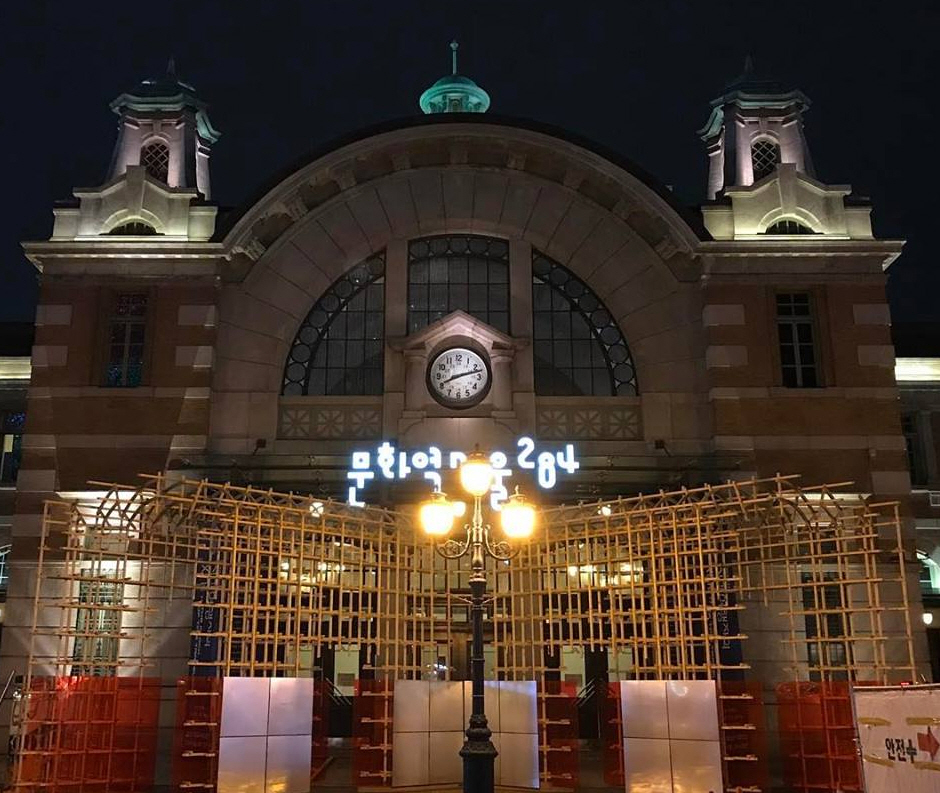 SEOUL, May 18 (Korea Bizwire) — A time-themed exhibition can’t be opening at a better place than at Culture Station Seoul 284, a former railway station built in 1929.

Before it was transformed into a cultural space in August 2011, the modern architecture was seen as a symbol that lived through the country’s dynamic economic development and tectonic social change.

“Project 284: The Clock of the Time Traveler” that opens Wednesday delves into the mysterious subjective flow of time through performing arts, movies, installations, photography and interactive media art.’

During a press briefing Wednesday, art director Shin Soo-jin said she and her team focused on how to harmonize the old, historic space with contemporary art where visitors can be immersed in the lapse of time.

The media installation “Memory of South, 416km” by Cho Jun-yong is inspired by the memory and story of his own father who took part in the Vietnam War at age 25.

In 1970, the South Korean government built the 416-kilometer-long highway that connected Seoul and the second largest city of Busan. The construction was financed with economic aid from the U.S. in return for Korea’s participation in the war. The building of the highway — the backbone of the country’s rapid economic development — opened a new chapter in Korea’s modern history.

The artist connected different spaces and times by projecting the photos his father took during the war onto the landscape of the highway.’

On the second floor, artist Choi Dae-jin declares “Time is Killer” in his neon-sign installation.

Though short and simple, the red lettering of the statement, set up at the corner of the exhibition hall, instantly grabs viewers’ attention while raising the fundamental question, “How can humans define time?”

Behind the message lies the artist’s thought that every human being can’t stop fathoming the meaning of life, survival and death through the flow of time that defies definition, according to the organizer.

The two-story exhibition hall is filled with 76 pieces of artwork by 17 teams. Also 11 art teams will perform plays, reads-out, dances and puppet shows. At the movie theater on the first floor, a total of 36 films are scheduled to be screened.

“Unicycle Drawing,” the interactive installation by Son Yeong-deuk, takes visitors to a virtual tour of the old Seoul Station and the surrounding areas by letting them ride a unicycle facing a giant screen. Riders time-travel to the past when the art space used to serve as a bustling gateway to the country’s biggest city.

The exhibition is free and runs through July 23. 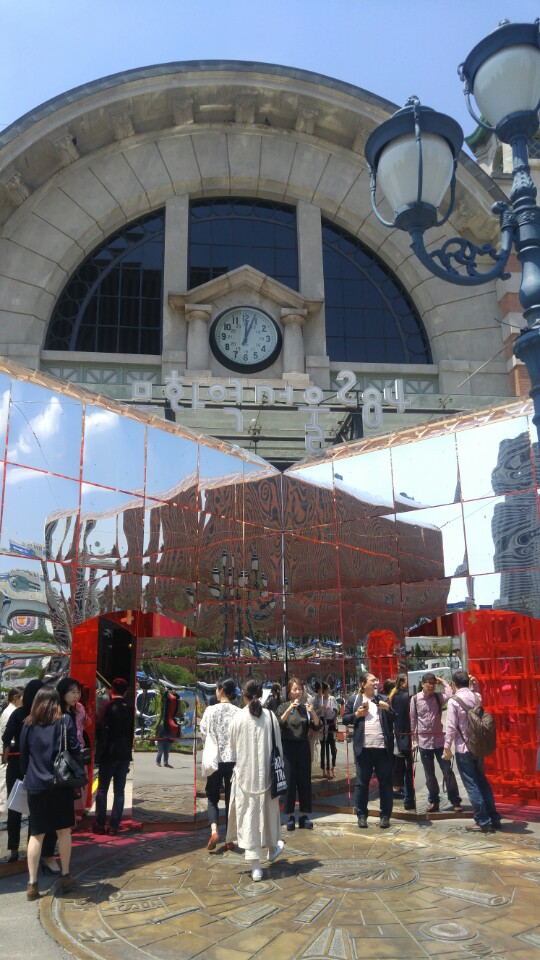 Visitors take a look at “Door, Unfolded Space-Time” by Diagonal Thoughts, an artist team comprised of Sara Kim and Kang So-jin, on May 17, 2017, at Culture Station Seoul 284. (image: Yonhap)