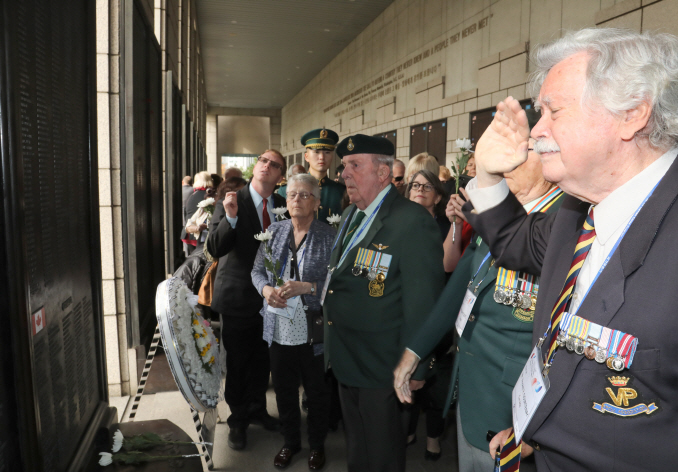 SEOUL, June 22 (Korea Bizwire) — An exhibition of photos and paintings will kick off this week to honor foreign soldiers who fought in the 1950-53 Korean War as part of events to commemorate the 70th anniversary of the outbreak of the conflict, the veterans affairs ministry said Monday.

The exhibition will open in sequence through November, starting at Incheon International Airport, the main gateway of South Korea, on Tuesday, followed by openings at the War Memorial of Korea in Seoul and the United Nations Peace Memorial Hall in the southeastern city of Busan, according to the ministry.

The exhibition will display photos and paintings by South Korean artists created in remembrance of veterans from U.N. member nations that sent forces to South Korea, as well as children’s paintings sent from those countries, it said.

Around 1.95 million people from 22 countries participated in the three-year war to help South Korea fight the North backed by the Soviet Union and China.

The two Koreas are still technically at war as the conflict ended in a truce, not a peace treaty.