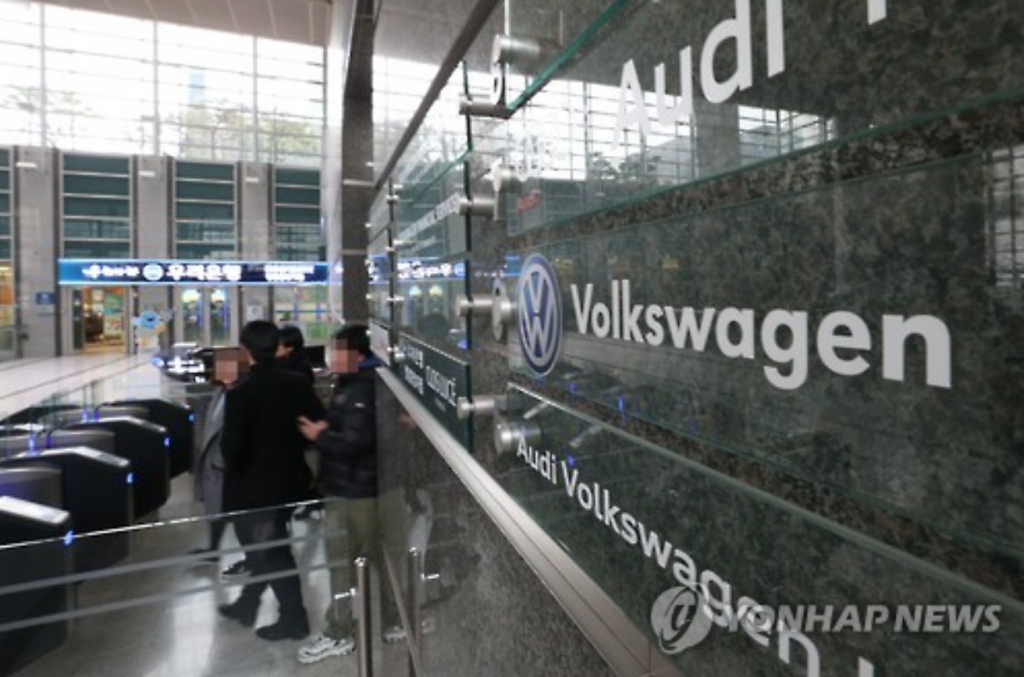 A number of high-level officials, including the local unit chief Johannes Thammer, were summoned in the process, but it was the first time that an executive from the German head office appeared before the prosecution here. (image: Yonhap)

SEOUL, Sept. 21 (Korea Bizwire) – A senior official at the headquarters of German carmaker Volkswagen appeared before Seoul prosecutors on Wednesday to undergo questioning over its emissions scandal.

The Seoul Central District Prosecutors’ Office called in the executive in charge of the automaker’s certification process to gain insight during the probe into its South Korean unit. Prosecutors withheld the identity of the executive, adding there is no possibility of his status changing to that of a suspect.

The executive told reporters that he came to South Korea as an employee at Volkswagen to testify and cooperate with the local authorities’ investigation. He also said clarifying the facts is very important for the company.

He declined to further comment on other questions asked about the company’s emissions scandal that is rocking the global automobile industry.

Prosecutors here have been looking into a string of allegations raised against the automaker.

A number of high-level officials, including the local unit chief Johannes Thammer, were summoned in the process, but it was the first time that an executive from the German head office appeared before the prosecution here.

Earlier in July, prosecutors sent a letter to the carmakers headquarters, seeking seven of its employees to undergo questioning here. The executive is among the seven people requested.

The executive has a record of visiting South Korea in July 2011 when the country’s environment ministry asked the carmaker to explain its vehicles’ excessive emission of nitrogen oxide, according to prosecutors. The government failed to clarify the cause of the excessive emissions at that time since the carmaker did not provide sufficient information.

Prosecutors said they will question the executive over why he declined to provide enough information to the ministry and whether the German headquarters was involved in the local unit’s mass cheating scheme.

Volkswagen has been embroiled in a worldwide scandal after it was revealed that the company used so-called defeat device software to meet different countries’ emissions standards.