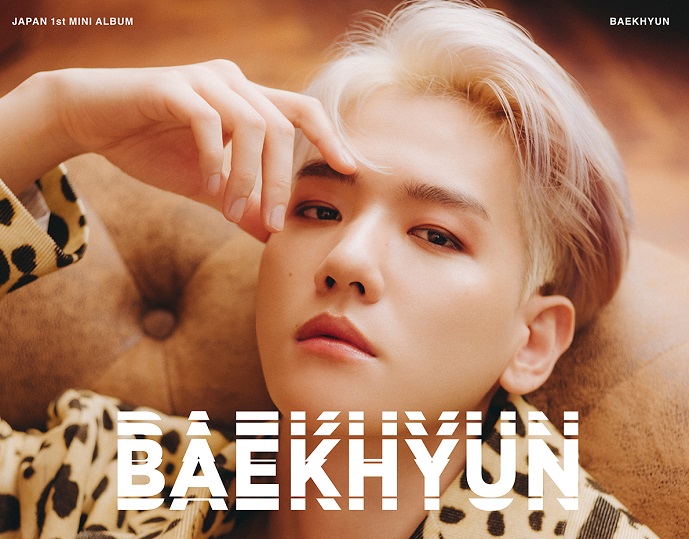 This image, provided by SM Entertainment, shows the cover photo of EXO member Baekhyun’s first Japanese solo album to be released on Jan. 20, 2021.

His first Japanese EP, titled “BAEKHYUN,” is set to hit Japan on Wednesday, according to SM Entertainment.

It is his first time to release a Japanese album as a solo artist since his debut in 2015.

The main track of the love-themed album will be “Get You Alone,” which was first performed during his first solo concert held on Jan. 3 and pre-released the following day. The song depicts a man obsessed with his lover.

The EXO member will also delve into different facets of love such as addiction, loneliness and gratitude through five other R&B tracks — “Addicted,” “Whippin,” “Drown,” “Disappeared” and “Stars.”

Baekhyun successfully launched a solo career with “City Lights,” which he dropped in 2019 as his first solo release, followed by “Delight,” his million-seller second EP released last year.

Earlier this month, he attracted some 110,000 viewers from around the world to his first online concert, according to the agency.