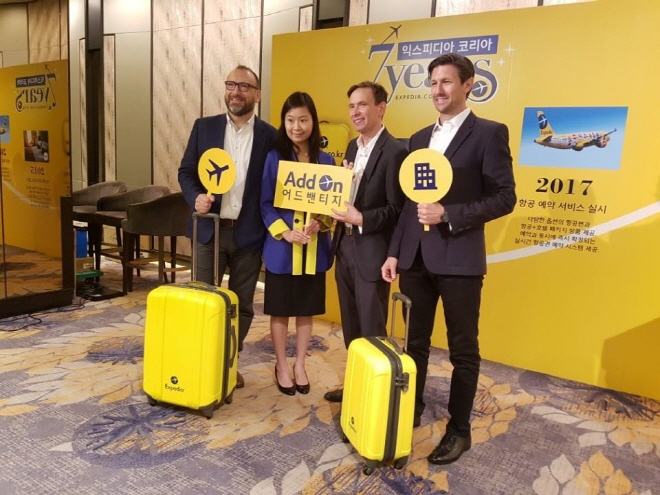 “At the end of last year, we made a decision to further focus on Korea and make Korea a key component in our mobile global strategy,” Gabriel Garcia, global head of Expedia’s Mobile Apps Marketing, said during a media event in Seoul.

As part of the move, Expedia’s engineers and marketers gathered in Seoul earlier this year to learn about customer needs and find ways to design products for Koreans that can also be scaled up for global implementation, he said.

“We are designing and building our mobile app for Koreans and taking from Korea to the rest of the world,” Garcia said. “The growth we have seen in this market speaks for itself.”

The company, meanwhile, aims to boost its competitiveness in the Korean market through the recent launch of its new Add-On Advantage service, which allows travelers who book a flight through its platform to browse through hotel options at a discounted price up until the date of their trip.

Aaron Price, chief marketing officer at Expedia, said the number of flight bookings made through its Korean website more than doubled in one year as of June.

According to government data, the number of South Korean overseas tourists came to 2.32 million in June, up 10.8 percent from a year ago.