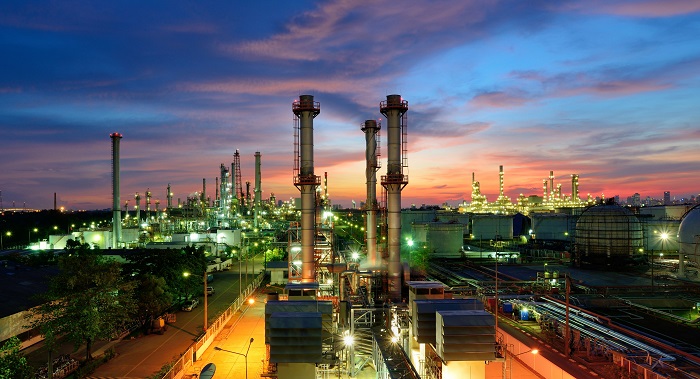 Some experts are calling for preparations for any situation where South Korea may be at a disadvantage when negotiating oil prices. (image: Korea Bizwire)

SEOUL, Jan. 29 (Korea Bizwire) — The role of foreign players in the South Korean oil market is bound to increase as Hyundai Heavy Industries Co. has decided to sell some of its Hyundai Oilbank Co. shares to Saudi Aramco, the state-owned oil company of Saudi Arabia.

No immediate changes are to be expected from the recent sale, but some experts are calling for preparations for any situation where South Korea may be at a disadvantage when negotiating oil prices.

Once Aramco becomes the second largest shareholder of Hyundai Oilbank after purchasing 19.9 percent of its shares, SK Innovation Co. will remain as the sole company without a major foreign shareholder among the four largest South Korean oil refiners.

SK Holdings Co., the holding firm of SK Group, and the National Pension Service are the two major shareholders of SK Innovation, the largest refiner in South Korea, holding 33.4 percent and 9.66 of the company’s shares, respectively.

GS Caltex Corp. was first established with a major foreign shareholder when Chevron, a U.S. oil company, and Texaco, its subsidiary, together invested 50 percent of the funds used to create the company.

Aramco, now a major shareholder in both S-Oil and Hyundai Oilbank, will be able to impose significant influence on the South Korean oil market.

For now, the recent deal to take over the shares of Hyundai Oilbank is widely being seen a win-win for both Aramco and Hyundai Heavy Industries.

Hyundai Heavy Industries, by selling off its shares, can now work on resolving a financial crisis of its own, while Aramco has made a proper investment to ensure a stable supply channel for its crude oil.

The transaction comes as good news particularly for Aramco, since the deal has gone through a series of delays after Hyundai Oilbank first revealed its initial public offering (IPO) plans in late 2017.

Compared to S-Oil, which imports all of its crude oil from Aramco, Hyundai Oilbank is less dependent on Aramco for its crude oil, a relationship that is expected to stay more or less constant even after Aramco takes over the shares.

Aramco’s reputation as the world’s largest oil company also serves as a factor that relieves uncertainties.

There are concerns, however, that Aramco may use its position as a major shareholder in S-Oil and Hyundai Oilbank to raise oil prices.

Some stakeholders are also worried that Aramco, once it gets a hold of information from the board of directors of both companies, may become a source of future ‘clash of interests’.

“While we don’t expect Aramco’s recent purchase of Hyundai Oilbank shares to heavily impact our domestic market, it is no laughing matter to have foreign major shareholders in three of our four largest oil firms,” said one industry expert.