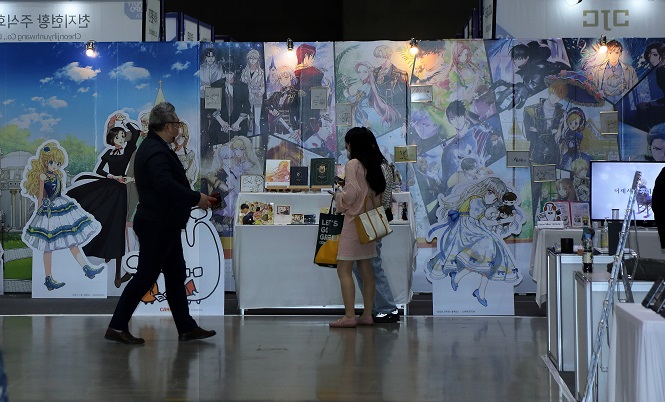 SEOUL, Jan. 24 (Korea Bizwire) — Exports of South Korea’s content industry rose 16.3 percent on-year in 2020 on the back of the global popularity of Korean pop culture, despite the coronavirus pandemic, government data showed Monday.

The industry’s outbound shipments stood at US$11.9 billion in 2020, compared with $10.25 billion a year earlier, according to the data from the Ministry of Culture, Sports and Tourism.

The ministry said the achievement is remarkable considering that the country’s total exports decreased 5.5 percent on-year in 2020.

“Hallyu,” or the Korean Wave, has pushed up exports of Korean content via global platforms.

Exports of the publishing sector grew the most with 61.1 percent, while those of films rose 43 percent and cartoons 36.3 percent. The broadcasting sector and gaming industry saw 28.5 percent and 23.1 percent increases, respectively.

Sales of games and cartoons, mostly circulated in digital formats, rose sharply by 21.3 percent and 14.7 percent, respectively, in 2020 as COVID-19 curbs pushed up demand for online cultural content.

On the other hand, sales in the film, animation and music sectors declined by 53.6 percent, 13.6 percent and 11 percent, respectively, as businesses of most public facilities, such as movie theaters and performing arts halls, were restricted due to the virus curbs.

As in-person operations of such facilities as movie theaters and performing arts halls were restricted due to COVID-19, the numbers of businesses and workers in the film and music sectors decreased significantly.