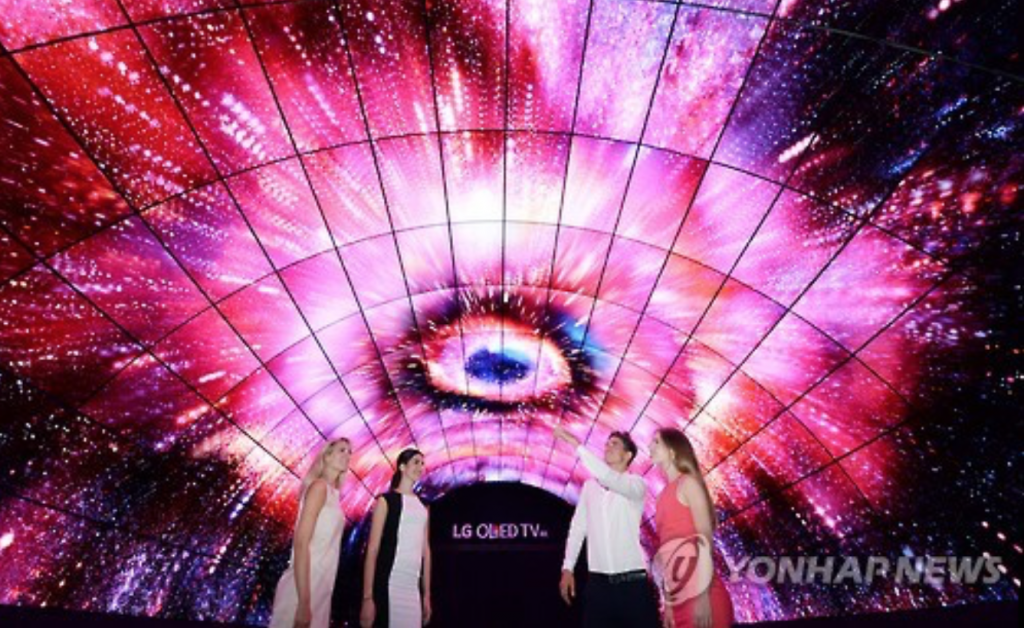 LG Display also plans to spend more than 6 trillion won to increase production of large-sized OLED panels as it seeks to raise output of such panels to 1.7 million units from 900,000 units this year. (image: Yonhap)

Citing data from market researcher IHS, the report by the Institute for Information & Communications Technology Promotion (IITP) expected the global market for OLED panels to jump 32 percent on-year to US$19.2 billion next year.

In terms of shipments, the global OLED market is predicted to rise 22 percent to 630 million units, it said.

During the third quarter of this year, exports of cheaper liquid crystal display (LCD) panels fell 18.3 percent on-year to $4.84 billion.

However, exports of OLED panels rose 15.8 percent on-year to $1.7 billion for the third quarter.

Samsung Display spent a total of 7.4 trillion won ($6.17 billion) this year to expand the production of OLED panels.

LG Display also plans to spend more than 6 trillion won to increase production of large-sized OLED panels as it seeks to raise output of such panels to 1.7 million units from 900,000 units this year.

For the smartphone market, about 42 percent of all smartphones are expected to use OLED screens by 2019, the IITP said, citing the IHS data.