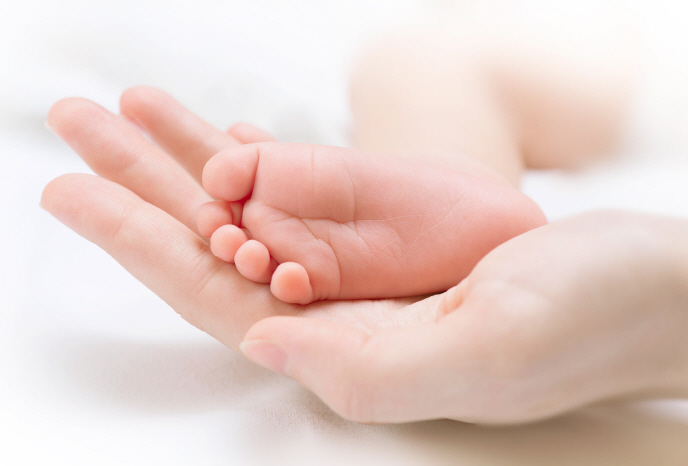 SIDS refers to the sudden death of a healthy infant, younger than 1 year old, without clinical or pathological reasons. (image: Kobiz media/Korea Bizwire)

An analysis of 454 children who died of SIDS in South Korea between 2009 and 2013 found a link in which exposure to air pollution raised the risk of SIDS, a medical team at Sungkyunkwan University said Thursday.

SIDS refers to the sudden death of a healthy infant, younger than 1 year old, without clinical or pathological reasons.

Around the world, the deaths of one to two infants per 1,000 are estimated to be caused by SIDS, amounting to 22,000 deaths per year. Risk factors include smoking, second-hand smoke and drinking during pregnancy.

The research team tracked the air pollution concentration for two weeks before and after the infant deaths to calculate the risk ratio of developing SIDS.

As a result, the risk of SIDS was estimated to increase 1.14 times when fine dust levels rose 27.8μg/m3 two days before death.

In addition, carbon monoxide increased the risk of SIDS by 1.20 times if the concentration increased by 215.8 ppb a day before the death.

The risk of SIDS from air pollution was greater in girls than in boys, underweight and premature babies than normal weight children, and in infants three to 11 months old than in infants one to two months old.

In the case of pregnant women under 35 years of age, the risk of developing SIDS was 1.93 and 1.62 times higher when exposed to high concentrations of nitrogen dioxide and carbon monoxide, respectively.

The research team is very proud of the results as their study is the first to show a link between air pollution and SIDS since it the relationship was initially identified in the U.K.

“In order to prevent sudden infant deaths, we should avoid smoking and second-hand smoke during pregnancy, and be careful to correct a child’s bed position by feeding him or her breast milk after giving birth,” said Prof. Cheong Hae-kwan of Sungkyunkwan University, who led the research team.

Cheong went on to say, “When air pollution is severe due to fine dust, nitrogen dioxide, and carbon monoxide, we should pay attention to indoor air pollution and try to purify the air.”