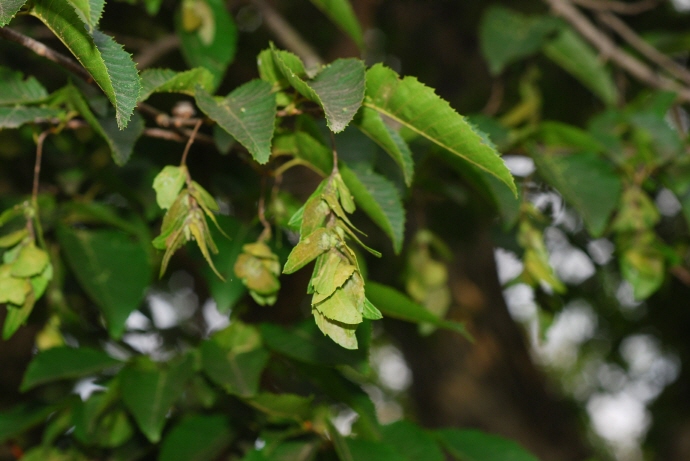 Carpinus tschonoskii, a tree indigenous to the Korean Peninsula and called “gaeseoeonamu” in Korean. (image: National Institute of Biological Resources)

SEOUL, Jul. 18 (Korea Bizwire) – Extract of Carpinus tschonoskii, a tree indigenous to the Korean Peninsula and called “gaeseoeonamu” in Korean, has proved to be good in protecting human cells from fine particle pollution, a state-run think tank said Thursday.

The deciduous forest tree, which grows to a height of 15 meters with a trunk diameter of 70 centimeters, has been used to treat osteoporosis as a folk remedy.

Southern areas of South Korea, including South Gyeongsang, South Jeolla and Jeju provinces, are habitats for the tree.

A team of researchers at the National Institute of Biological Resources, affiliated with the Environment Ministry, has conducted a test to measure survival rates for keratin cells with a diesel compound used as a stimulant and whose constituents are similar to those of fine particles such as PM2.5.

The test revealed that the cells’ exposure to the chemical compound drops their survival rate to less than 8 percent, but the addition of the gaeseoeo tree extract to the cells elevates the rate to 80 percent or higher.

The institute, which applied for a patent for the discovery in October last year, plans to issue a paper on the findings in an international journal on molecular and cellular biology next month.

It also signed a deal with a local cosmetics maker, ChungdamCDC JNPharm LLC., in April this year to cede its technology for the tree extract to the company, which plans to launch products containing the extract next month.