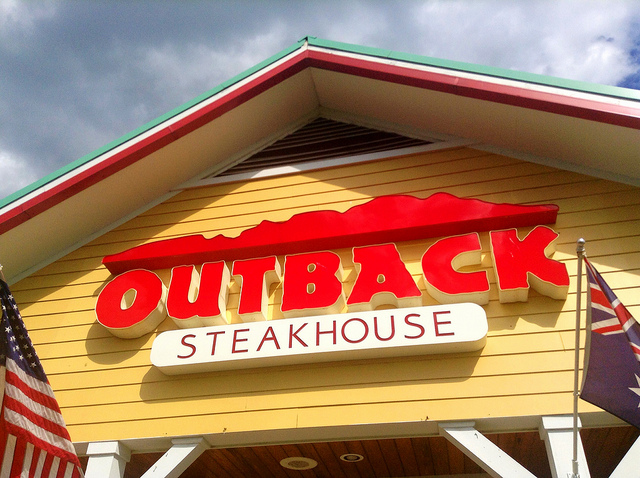 As of November 1 last year, Outback had 109 restaurants nationwide, but more than 30 percent of its restaurants have closed in the past two and half months. (image: Mike Mozart/flickr)

SEOUL, Feb. 26 (Korea Bizwire) – Changes in dining culture in Korea focusing on well-being, as well as a prolonged economic recession and increases of single-person households have led to the closure of family restaurants in Korea.

For example, Outback Steakhouse, which led the heyday of the family restaurant industry in the early and mid-2000s, is closing its restaurants one by one. According to industry sources, Outback closed a total of 34 restaurants since November 17 when the largest family restaurant franchise announced that it would focus on improving quality rather than expanding restaurants.

As of November 1 last year, it had 109 restaurants nationwide, but more than 30 percent of its restaurants have closed in the past two and half months.

Outback explained that it decided to close restaurants which were not able to offer a high quality of service. It seems that it chose a strategy to cut less profitable stores to focus on quality.

In addition to Outback Steakhouse, other family restaurant franchises including Bennigan’s and TGI Fridays were influenced by the economic recession, and a changing dining culture in Korea. They have also reduced the number of their restaurants by 50 percent compared to their heydays.

Other franchises including CoCos, Sizzler, Marche and Tony Romas, which were flourishing in the past, are now history.

The change in dining trends accelerated the closure of family restaurants which were already impacted by the economic recession. As consumers have started prioritizing healthy dining options, family restaurants featuring high calorie dishes are fading into obscurity. Instead, Korean style salad bar buffets with seasonal vegetables and eco-friendly ingredients are gaining popularity.

An industry official said, “There are many other restaurants that can replace family restaurants. Family restaurants rapidly increased in number in the past, but they could not follow the rapidly changing dining out trend.”