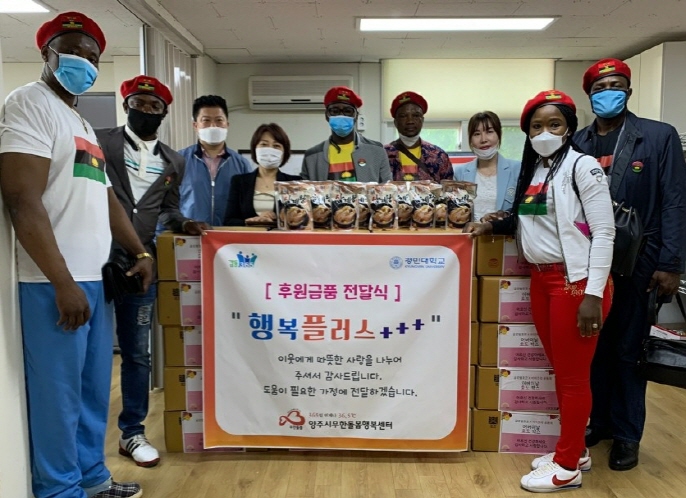 The members of the Biafra Community and Global Hope delivered Korean traditional chicken soup for 300 people to solitary seniors in Yangju, Gyeonggi Province, on May 10, 2020. (image: Global Hope)

SEOUL, May 12 (Korea Bizwire) – Immigrants from collapsed states in Africa have stepped out to do volunteer work for the elderly to show their appreciation for the care they received from South Koreans.

The members of the Biafra Community and Global Hope, an international humanitarian organization, delivered packaged traditional chicken soup, or “samgyetang,” for 300 people to solitary seniors in Yangju, Gyeonggi Province, on Sunday.

They also volunteered to take out the trash for seniors with disabilities and clean the neighborhood.

Biafran separatists and independence activists went overseas to flee torture and abuse, 100 of whom are currently residing in South Korea.

“We wanted to show our appreciation to South Korea, a country that protected us from the Nigerian government,” said King David, head of the Biafra Community.

“And we decided to make delicious food and clean homes for the elderly who had no one, even on Parent’s Day.”

“Most of the community members are living under difficult situations since they have not yet been recognized as refugees,” said Song Yeong-ok from Global Hope.

“We hope that their efforts could help spread the word about the tragedy they’ve suffered as Biafrans and raise public awareness about immigrants and refugees.”