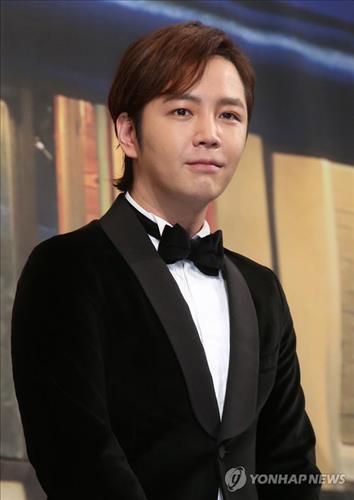 Actor-singer Jang Keun-suk poses at a press conference unveiling the new season of “Three Meals a Day,” a variety show on cable channel tvN, in Seoul on Jan. 9, 2015. (image: Yonhap)

Cri J, his official fan club, will hold the exhibit at Gallery Won in the upscale neighborhood of Cheongdam in southern Seoul, Ytree Company said.

The photos of Jang, which were taken by his fans both inside and outside of South Korea, will be displayed from Saturday to Sunday ahead of Jang’s 28th birthday on Tuesday.

As in previous years, all entrance fees and visitors’ contributions will be donated to “disenfranchized people,” including orphans, the fan club said on its website.

Last year, the event drew fans from all over the world and raised 16.2 million won (US$13,900), which was donated to Namsanwon, an orphanage in Seoul.

“As always, we’re grateful for Jang’s fans for not only celebrating his birthday but doing so for a cause,” Jang’s agency, Tree J Company, said. “Jang will always do his best to return the love and support he has received.”