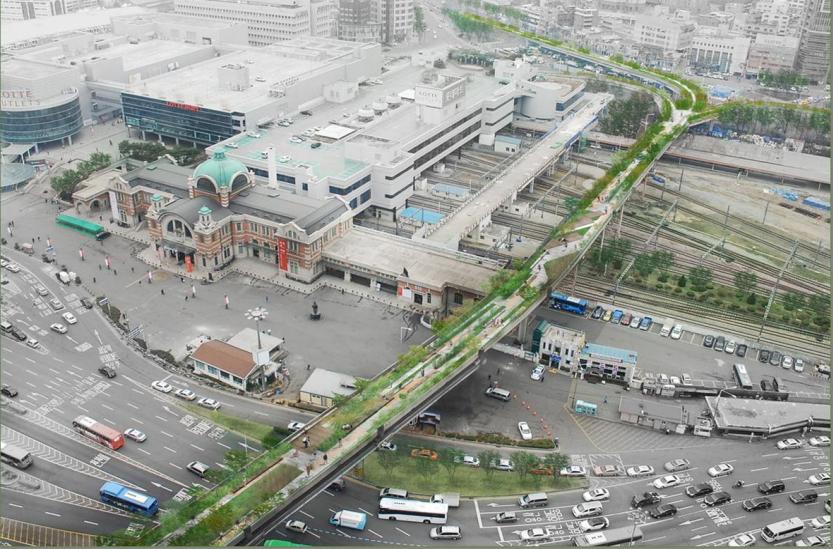 SEOUL, Aug. 26 (Korea Bizwire) – “How about staging a fashion show where models walk the runway in clothes made at the Mallijae-gil sewing factories?” (Seoul Citizen, Hwang Se-hee)

“A diving contest in which people jump off the overpass to an artificial pool that is only set in summer at the lower part of Manllidong Lamp Square.” (Seoul Citizen, Ji Seung-hwan)

A total of 265 ideas were submitted as part of the ‘Seoul Station 7017 Operation Idea Contest’, and the Seoul Metropolitan Government selected 20 ideas to be awarded. The city expects that 129 ideas including the awardees could be put into practice.

Yang Yoon-sup (26), who won an excellence award, suggested that a car exhibition from the past to present be held on the overpass, and that food trucks and bus cafes should also be established.

Won Sang-yeon (24), who won a participation award, proposed the installation of a ‘coin heater’, with profits destined to support homeless people nearby.

Hwang Se-hee (29), who suggested a runway on the overpass, and Ji Seung-hwan (33), who suggested a diving competition, also received participation awards. Both ideas were evaluated as the most fun and interesting suggestions.

The results can be viewed online on the city’s website (mediahub.seoul.go.kr).