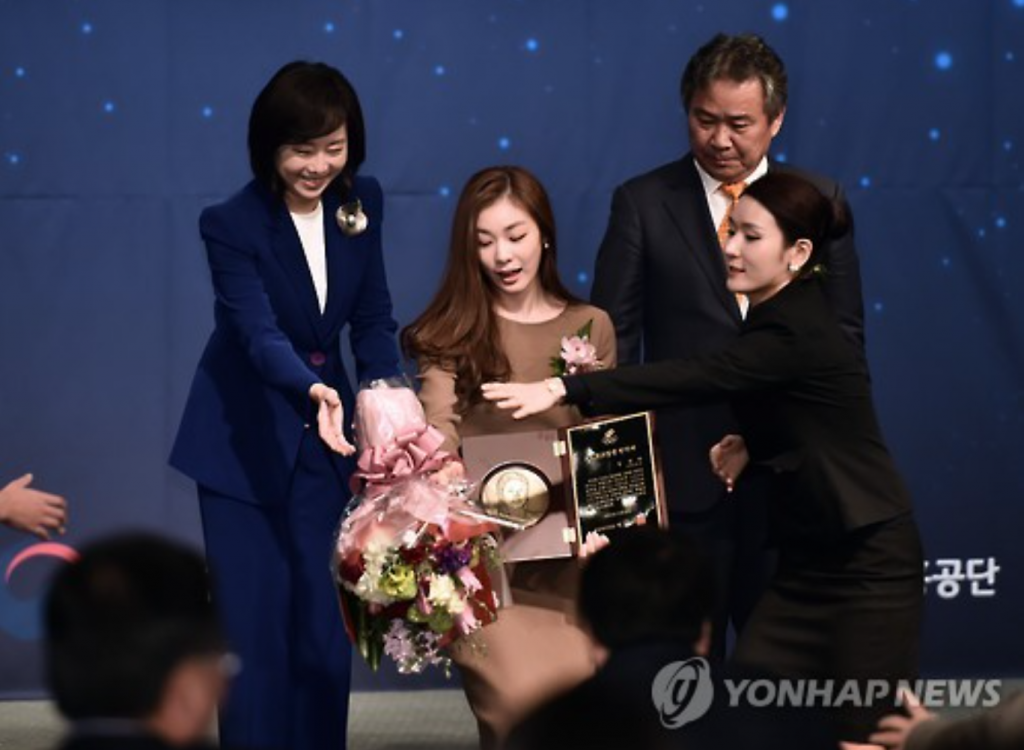 The 26-year-old, who retired from professional skating in 2014, was a gold medalist at the 2010 Vancouver Olympics, and has a host of other notable athletic achievements, including three golds and a silver at the Grand Prix of Figure Skating Final. Kim also holds the world record for the ladies combined total score.

“Those who were inducted into the Hall of Fame were true veterans in the sports community, and I feel that I’m too young and unqualified to be named a sports hero,” said Kim at the induction ceremony held at a Seoul hotel. “I’m more than grateful be have received such an honor.” 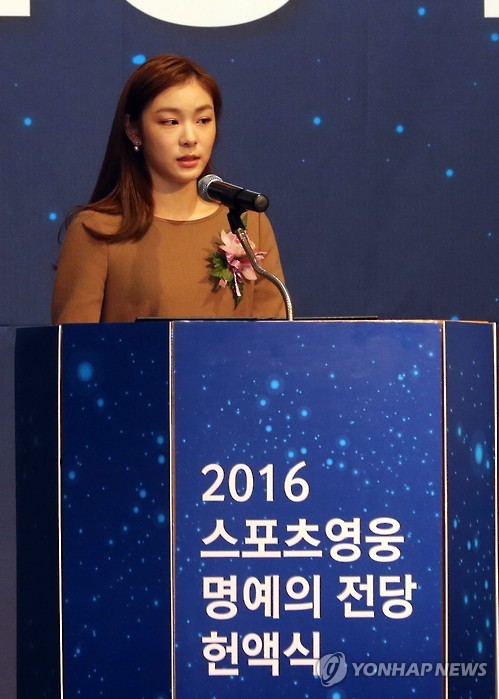 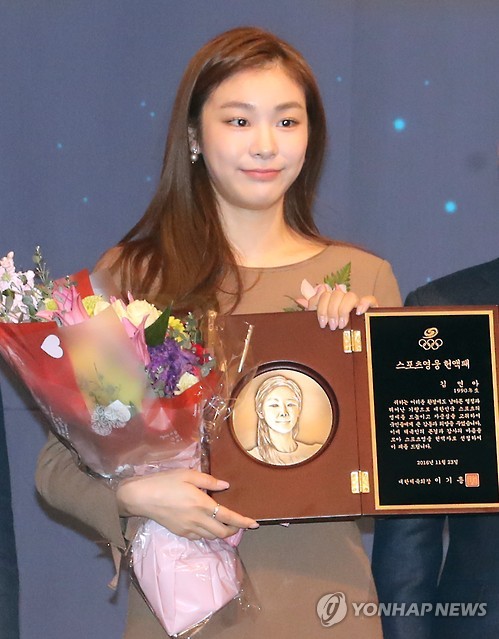