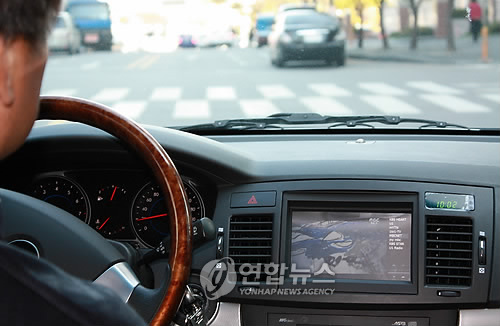 The standards will be the base for insurance compensation by assessing the faults of perpetrators and victims. (image: Yonhap)

SEOUL, June 16 (Korea Bizwire) – From August, drivers who cause traffic accidents while manipulating or watching DMB will receive penalty increases of 10 percent against their responsibility for the accident.

In addition, the Financial Supervisory Service (FSS) will add 15 percent more responsibility on drivers who cause accidents in safety zones that protect those vulnerable to traffic, such as disabled people. Also, it raised the fault ratio of drivers for accidents at crosswalks without traffic lights from 70 percent to 80 percent.

On June 15, the financial regulator announced the revised version of fault ratio recognition standards for traffic accidents. The standards will be the base for insurance compensation by assessing the faults of perpetrators and victims.

An official at the FSS said, “Watching DMB while driving is more dangerous than drunken driving. Drivers should set the destination before they start driving and not manipulate the navigation or DMB while driving.”

The revised standards reinforced the measures to protect vulnerable groups including the disabled. The 15-percentage-point addition to drivers in so-called “silver zones” is an expansion of its stance on child safety zones.

If two-wheeled vehicle hits a pedestrian in a crosswalk, the FSS will impose 100 percent fault to the driver.