Later on in the evening, Santa Claus will participate in the festival parade and meet with socially disadvantaged children. (Image: Yonhap)

HWACHEON, Jan. 11 (Korea Bizwire) – Santa Claus is coming to the ice fishing festival in Hwacheon, all the way from his “official” hometown of Rovaniemi in Finland.

According to Hwacheon County officials, the mythic figure has graciously accepted their invitation, and has agreed to make a string of appearances from January 12 through 14.

Should he come, this would be Santa’s second visit to the Hwacheon Sancheoneo Ice Festival since his well-reviewed appearance last year.

On his first day, he is scheduled to read to children at the Hwacheon children’s library.

Later on in the evening, Santa Claus will participate in the festival parade and meet with socially disadvantaged children.

Throughout the past year, Hwacheon County collected and posted 4,700 letters to Rovaniemi that were presumably written by children.

With a “Santa Post Office” set up, the county is looking to expand upon the letter writing program this year.

The appearance of Santa Claus is one of the headlining acts of the entire festival. 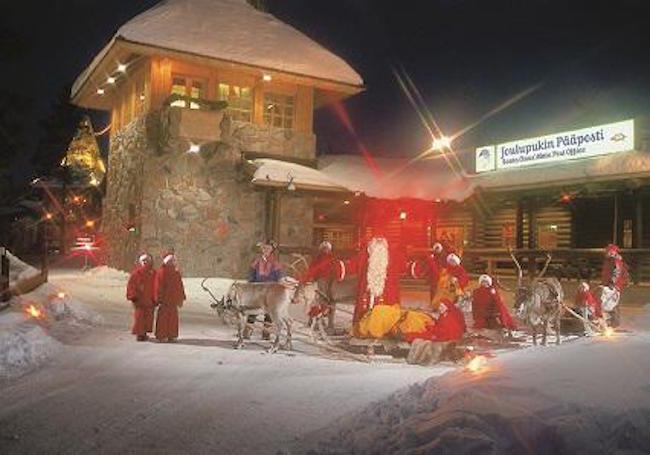