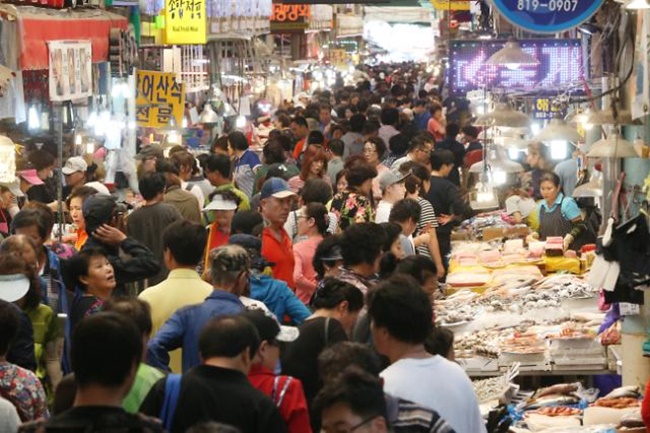 Under the new initiative, a new IoT-based fire alarm system will see firefighters and shopkeepers cooperate to extinguish fires within five minutes, which is also known as the ‘golden period’. (Image: Yonhap)

SEOUL, Jan. 2 (Korea Bizwire) — The government has announced plans to install fire alarm systems at all traditional markets in the country by 2022.

Hong Jong-hak, who heads the ministry, met with shopkeepers and fire authorities at Shinwon Market on Monday, where he announced the safety plan.

Under the new initiative, a new IoT-based fire alarm system will see firefighters and shopkeepers cooperate to extinguish fires within five minutes, which is also known as the ‘golden period’.

By 2020, the Ministry of SMEs and Startups will repair aging fire extinguishing systems at 300 high-risk locations, with the work on a third of the places expected to be completed this year.

A special task force dedicated to fire prevention will also be launched, as well as a hotline connecting traditional markets, local offices of the Ministry of SMEs and Startups, and Small Enterprise and Market Service.

In addition, a fire safety inspection for 1,400 markets is scheduled later this month in conjunction with the National Emergency Management Agency, Korea Electric Power Corporation, and Korea Gas and Electrical Safety Corporation, while plans are in talks to craft a comprehensive fire prevention measure.

“Let’s tackle safety complacency going into the new year, and work together to create a safe environment,” Hong said.