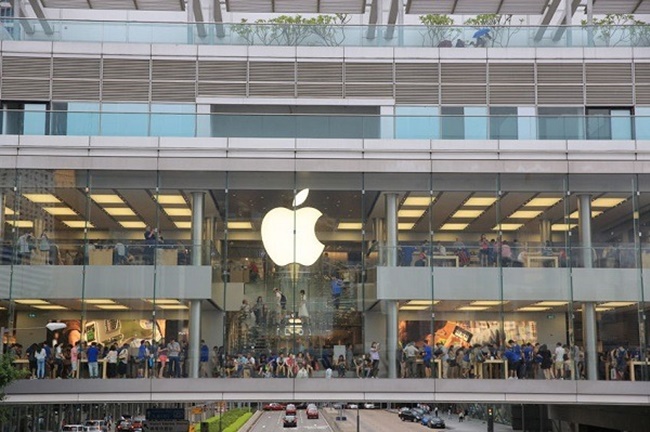 According to sources close to the mobile industry, the U.S. smartphone giant is expected to open its very first South Korean store in Sinsadong on Garosu-gil . (Image: Kobiz Media)

SEOUL, Nov. 22 (Korea Bizwire) — The first Apple Store in South Korea is expected to open in Gangnam sometime in December, according to industry insiders.

According to sources close to the mobile industry, the U.S. smartphone giant is expected to open its very first South Korean store in Sinsadong on Garosu-gil .

While the South Korean mobile carriers are in talks with Apple over a business affiliation that could give the tech giant the right to activate newly purchased contract phones at its store, it is uncertain at this stage whether the system will be established before the opening date of the new store.

Not everyone is happy about the opening of the first Apple Store in Seoul, as some in the industry have expressed worries that giving Apple the right to sell contract phones at its stores could tip the balance between retailers and distributors.

One interest group which represents workers in the mobile industry expressed disapproval in the wake of the news.

“Through the introduction of the ‘mobile phone self-sufficiency system’, Apple needs to be stopped from having everything their own way,” the group called Cell Phone Bill Discount Action said.

The mobile phone self-sufficiency system refers to regulations being discussed in the National Assembly that would prohibit phone retailers from selling contract phones or offering services to activate them, legislation that could impact the soon-to-open Apple Store.

Speculation is also growing that major telecom companies will cooperate with Apple in an effort to stage a prolonged legal battle that would eventually thwart the move by the parliament.

While some argue Apple could use its brand power as leverage to gain the upper hand at the negotiating table with telecom companies, others say the influence of a single Apple Store is being overestimated.

Apple is set to release the iPhone X in the South Korean market on November 24, following the release earlier this month of the iPhone 8 and iPhone 8 Plus.