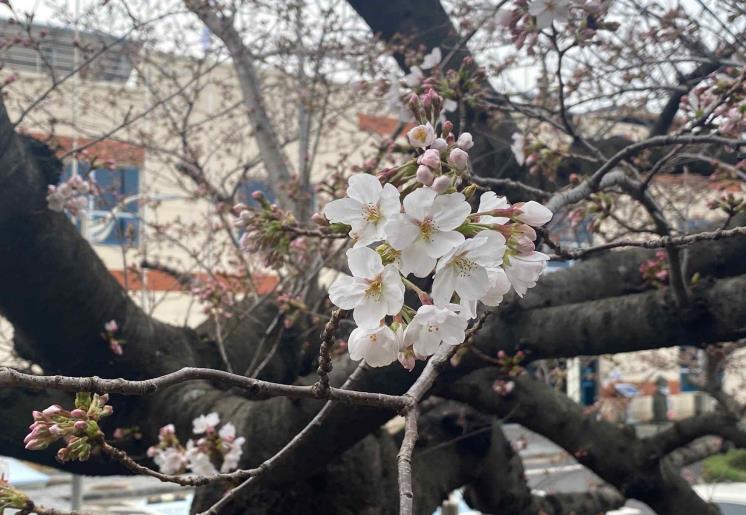 This photo released the Jeju Regional Meteorological Administration shows the season’s first cherry blossom on the southern island of Jeju on March 25, 2022.

The flowering came on the same day as the average year but eight days later than last year’s March 17, due to relatively low temperatures this month, according to the Jeju Regional Meteorological Administration.

The first bloom is declared when at least three blossoms of a standard observation tree come out.

The pink and white blossoms are expected to be in full bloom a week later.

Forsythias, another representative spring flower, first bloomed on the island on March 17 and reached a peak Wednesday.