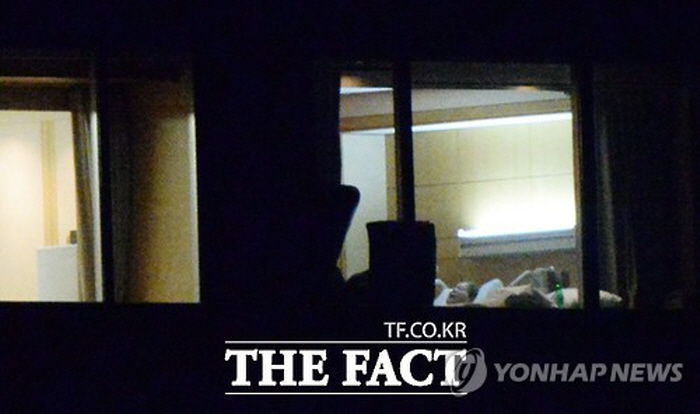 Online news portal The Fact released photos of him lying in bed in a VIP room at the hospital, and receiving reports from Samsung executives. (image: The Fact / Yonhap)

SEOUL, Jun. 3 (Korea Bizwire) — Samsung Group chairperson Lee Kun-hee was observed on May 22 in a hospital room at Samsung Seoul Hospital, breathing on his own and not dependent on any life-support system, for the first time since he was admitted following a heart attack in May 2014.

Online news portal The Fact released photos of him lying in bed in a VIP room at the hospital, and receiving reports from Samsung executives, on June 2. The photos were reportedly taken last month with a telephoto lens from an adjacent building.

The Fact said that Lee was also able to speak on his own, based on lip movement observed in the photos. Samsung did not react to The Fact’s coverage.

The company reported last November that Lee was awake for 15 to 19 hours every day, and was receiving rehabilitation treatment such as wheelchair exercises. The group has flatly denied rumors that his health has deteriorated.

Further details about his health, illness and treatment have not been disclosed. A company representative recently said that his condition had not changed since the previous official update.