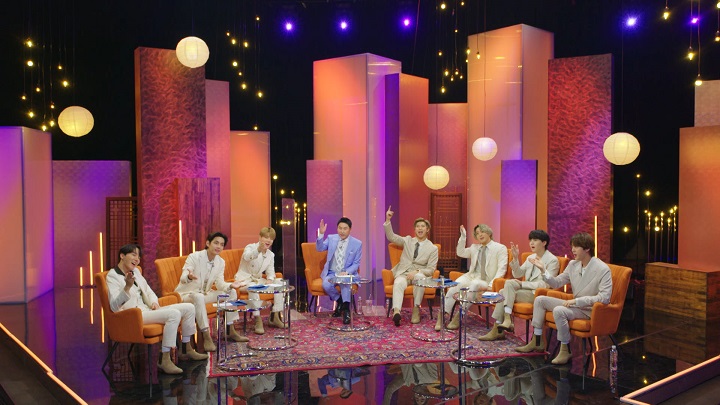 SEOUL, March 30 (Korea Bizwire) — K-pop sensation BTS has said its first stand-alone performance at this year’s Grammy Awards was meaningful enough to offset their loss for one of the world’s most coveted music honors.

“There are many Grammy trophies up for grabs, but there were only 20 singers who had onstage performances during the ceremony. So we thought it would be better performing than winning,” leader and rapper RM said during “Let’s BTS,” a self-branded talk show on KBS on Monday.

“Nevertheless, I think our performance impressed the members of the Recording Academy, behind the Grammys, and it helped them recognize our name much better,” he added. “(Our next goal is) winning a Grammy.”

The seven-piece act — Jin, Suga, J-Hope, RM, Jimin, V and Jungkook — joined the 63rd Grammy Awards held March 14 as a nominee for Best Pop Duo/Group Performance and as an official performer along with big-name pop stars, including Taylor Swift and Billie Eilish.

They lost to Lady Gaga and Ariana Grande for the award but still won the title of the first Korean pop music act to earn a Grammy nod and perform at the event as a nominee.

“We wanted to have a stand-alone onstage performance more than a Grammy title,” rapper Suga agreed. “As we haven’t had many opportunities to take the stage recently, we hoped to give a great performance there.” 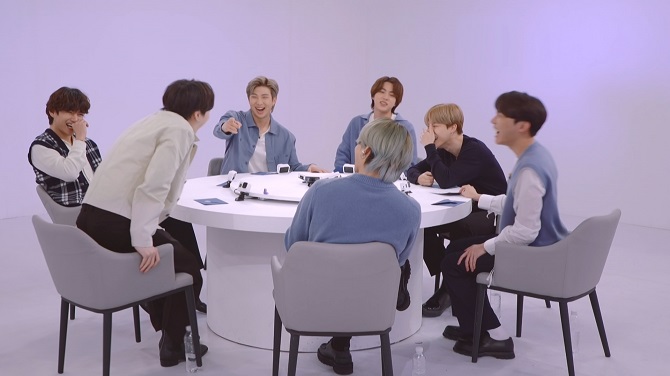 So it took more than four hours for the group to record the two-minute-plus video of their Grammy performance of the Billboard-winning “Dynamite” in a more perfect way.

It was recorded at a high-rise in the South Korean capital’s financial and political district of Yeouido.

“RM said our grandsons and even great-great grandsons could watch this video,” Jin said. “After hearing that, we were so determined that we did take after take, making sure there were no small mistakes.”

Along with a Grammy gramophone trophy, there is something else on top of the group’s wishlist: an in-person concert tour across the world, which has been put on hold for about a year due to the COVID-19 pandemic.

“Ironically, this is something we’ve already achieved in the past, but the concert tour has now become our new goal,” RM said.

At “Let’s BTS,” the band gave a performance of “Life Goes On,” the main track of its studio album “BE” released last year.