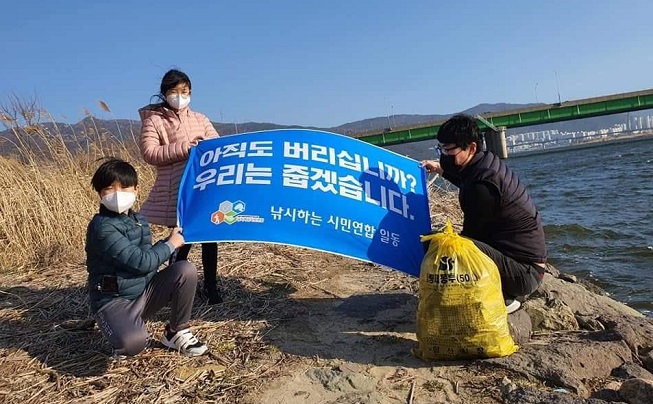 The Fishing People’s Club has been collecting funds from members across the country for three years to clean up fishing zones.

SEOUL, March 2 (Korea Bizwire) — With local authorities imposing no-fishing zones to prevent pollution, fishing enthusiasts who are threatened by such measures are stepping up to collect trash at fishing zones.

The city of Pyeongtaek, Gyeonggi Province, plans to designate several locations by Anseong Stream, Jinwi Stream, and Pyeongtaek Lake as no-fishing zones under the justification of protecting the environment.

In response, local fishermen rose up in protest, claiming that fishing is not responsible for water pollution.

Disputes between local authorities and fishermen over the designation of no-fishing zones have been a long-standing issue.

Last year, Jangseong County, South Jeolla Province, sought to designate areas around Jangseong Lake as no-fishing zones, a move that was met by fierce protests from local fishermen. Now, the county has put the plans on hold.

Fishermen across the country, pushed by such measures, are stepping up to collect trash at fishing zones.

The Fishing People’s Club, for instance, has been collecting funds from members across the country for three years to clean up fishing zones.

“Authorities think fishermen never clean up their mess. I’m frustrated by their one-sided approach to shut down fishing zones without considering the changes in the fishing culture,” said Seo Jeong-eun, a popular cartoonist and fishing enthusiast.