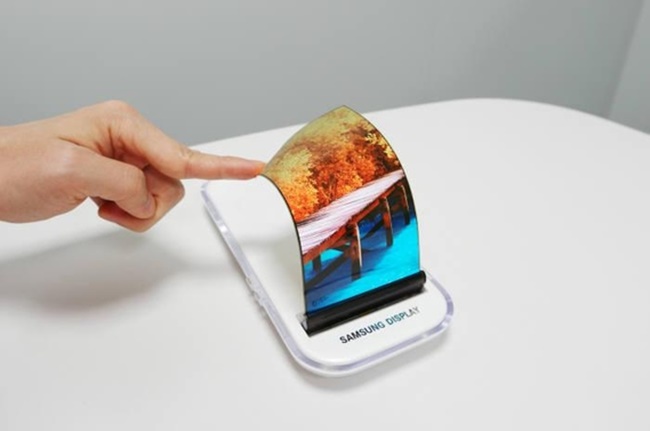 According to business insiders here that checked data provided by IHS Markit, release of the newest smartphones that make use of curved screens is fueling recent growth. (Image Samsung Display)

According to business insiders here that checked data provided by IHS Markit, release of the newest smartphones that make use of curved screens is fueling recent growth.

Numbers by the global market researcher showed that sales of flexible OLEDs have been breaking new records every quarter.

At present Samsung Display effectively dominates the global market that reached US$3.04 billion in the third quarter, the first time ever that the total exceeded the $3 billion mark in a three-month period. The company’s market share stands at 96.5 percent,

The numbers represent a jump from just $495.8 million in the January-March period of 2016 and a significant gain from $1.11 billion in the first quarter of this year and little over $2 billion tallied for the April-June period.

IHS Markit’s data showed that while sales of flexible OLEDs was much smaller than rigid OLEDs in the first quarter of 2017, it overtook such panels in the second quarter and was 1.5-fold larger in July-September period.

“With the launch of the Samsung Galaxy Note 8 and the Apple Inc.’s iPhone X all reaching consumers in the third quarter, flexible displays have become the ‘must’ item for top of the line devices,” a market watcher said.

Reflecting market conditions, some observers said that many companies will try to catch up with Samsung going forward.

They, however, predicted that at least in the short term, Samsung, which invested 9.8 trillion won (US$9.07 billion) last year in this sector and 14.1 trillion this year should remain at the top.