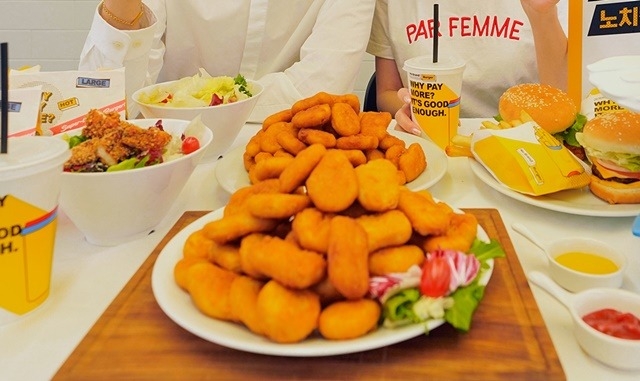 SEOUL, May 8 (Korea Bizwire) — So-called ‘meatless meat’ that is made from plant-based ingredients without animal products is gaining popularity among consumers.

The company believes that the heightened interest in meat analogues, driven by the increasing number of ‘meaning out’ consumers, has resulted in the product’s massive popularity.

‘Meaning out’ refers to the various means of expression, including the act of consumption, of one’s political, social beliefs and values. 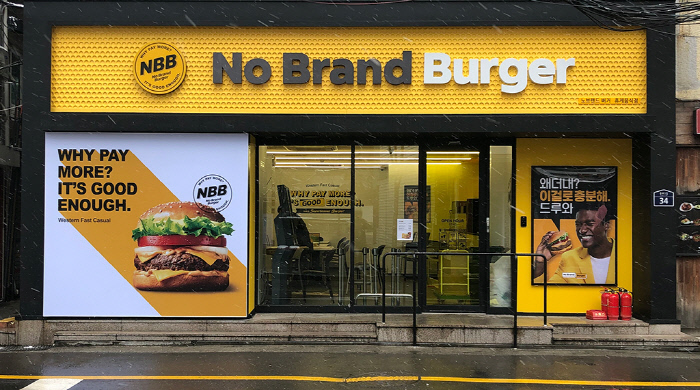 This photo provided by Shinsegae Food Inc. shows one of its No Brand Burger outlets in Seoul.

Rumors on social media that the No-chicken Nuggets taste very much like the ‘authentic’ ones, too, have contributed to the meat analogue’s popularity.

In the alternative meat market, where alternative beef currently takes the absolute majority, alternative chicken meat is now seen as a ‘blue ocean’.

Mycoprotein is extracted from microorganisms, and is composed of thread-like structures similarly to chicken breasts.

When chewed, it gives off a taste that is very much like actual chicken meat, and is used in Europe as the primary ingredient for chicken meat analogues. 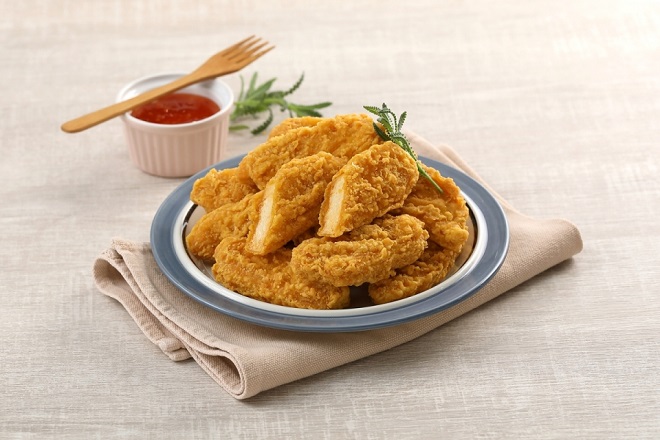 The overall food industry, too, is speeding the development of products made with plant-based ingredients.

As it is becoming a worldwide trend in which consumers are increasingly preferring plant-based food for various reasons such as health, animal welfare, and environmental protection, the food industry is trying to address this demand by diversifying product offerings.

As the company’s newest release, Pulmuone introduced Tofu Tenders, a meat analogue made with protein-rich tofu.

Starting with Tofu Tenders, Pulmuone aims to release a series of new plant-based meat to compete in both domestic and international markets.

Previously, Pulmuone released a Tofu Noodles Kit composed of tofu noodles mixed with plant-based sauce. The company also released a protein-rich Tofu Bar, which was a big hit in Japan. 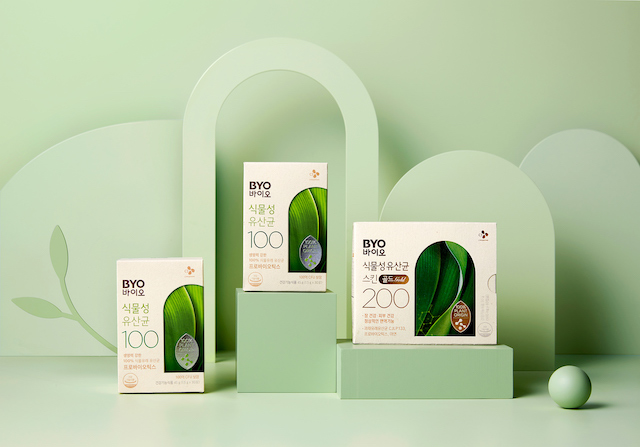 Nonghim was the first South Korean company to produce plant-based cheese made without dairy products.

The company aims to compete in the market with its unique High Moisture Meat Analogue (HMMA) technology.

Lactic acid made with plant-based ingredients is known to withstand stomach acid with extreme acidity of Ph 1.5 to 3.5, with stronger adhesive qualities to stick to the intestines.

UnivDatos Market Insights (UMI), a global research agency, projected that the global plant-based food market will grow from US$21.2 billion in 2020 to $38.4 billion by 2025.