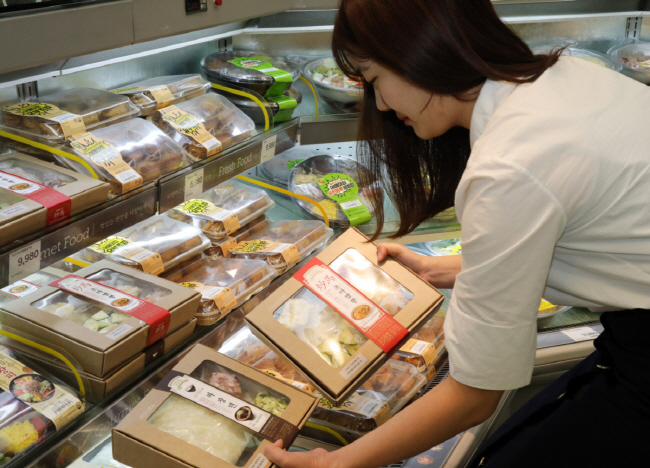 A meal kit contains all the ingredients and directions needed for consumers to cook a meal.

According to data from the Ministry of Agriculture, Food and Rural Affairs and the Korea Agro-Fisheries and Food Trade Corporation, the local market for meal kits came to 20 billion won (US$17 million) in 2018.

The market is expected to skyrocket to 700 billion won in five years, according to the data, mainly on the back of the growing number of people living alone who do not have time for grocery shopping and want to avoid buying large quantities of ingredients.

Cookit currently comprises 60 products, including Korean, Japanese, and Italian dishes, CJ Cheiljedang said, adding that it aims to increase the number to about 200 in two years.

The company said it currently receives around 2,000 orders every day and aims to hit 100 billion won in sales in the next three years.

The latest line-up includes various kinds of meal kits such as steak with red wine sauce, with a price tag of around 12,000 won, E-mart said.

Its seven products allow customers to cook meals that were previously exclusive at the chefs’ restaurants, such as Nam’s signature spicy pork with red pepper paste.