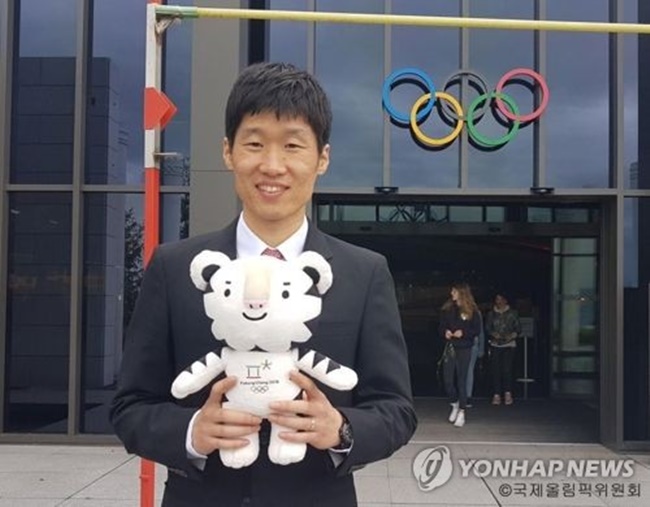 Park was one of South Korea’s most iconic football stars until his retirement in 2014. He served as the national team captain and represented the country at three FIFA World Cups, scoring at least a goal in each of the three tournaments. He won 100 caps for South Korea, one of nine South Koreans in the century club.

Unheralded as a collegiate player in South Korea, Park made his professional debut with Kyoto Purple Sanga in Japan in 2000. He starred for the national team at the 2002 FIFA World Cup, co-hosted by South Korea and Japan, under head coach Guus Hiddink, who later signed Park for his Dutch club, PSV Eindhoven.

Park later played with Queens Park Rangers in the EPL and then had his second tour of duty with PSV Eindhoven to finish out his career.

For his tireless work ethic, Park was dubbed “Three-Lung Park” during his heyday.

PyeongChang 2018, the first Winter Games to take place in South Korea, will go on from Feb. 9 to 25.