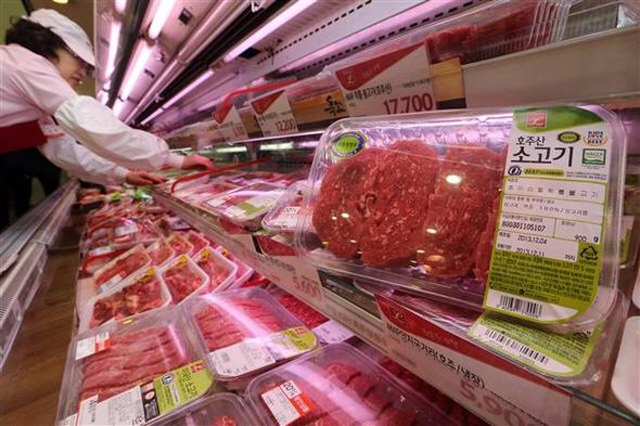 SEOUL, Jun. 26 (Korea Bizwire) — Imports of foreign beef have risen in the first five months of this year as consumers seek less expensive meat amid the sluggish pace of economic recovery and the anti-graft law which limits gifts that can be given to public officials, teachers and journalists.

The law, which took effect in September, bans certain people from getting free meals over 30,000 won (US$26.4), gifts worth more than 50,000 won or congratulatory or condolence money exceeding 100,000 won.

Foreign beef imports soared 8 percent to 170,176 tons for the January-May period from a year earlier, according to the data by Statistics Korea.

“A growing number of consumers are seeking U.S. beef as an alternative to pricey Korean beef and we expect meat from America will soon regain its No. 1 foreign beef status,” a source said.

U.S. beef was the foreign beef with the most market share in South Korea until the early 2000s when U.S. beef imports were banned due to the mad cow disease outbreak in the North American country. U.S. beef imports resumed in 2008.

Australian beef imports have been shrinking in recent months after a drought Down Under in 2015 which reduced the number of cattle there and raised Australian beef prices.