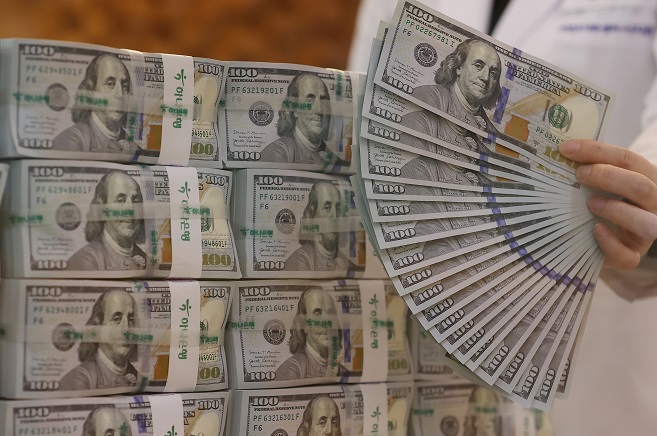 An official sorts US$100 banknotes at the headquarters of Hana Bank in Seoul, in this file photo taken May 12, 2022. (Yonhap)

Residents’ outstanding foreign currency-denominated deposits had reached US$87.06 billion as of end-June, down $2.11 billion from the previous month, according to the data from the Bank of Korea (BOK).

Individuals also curtailed dollar deposits to lock in profits from the greenback’s recent ascent against the local currency, the BOK said.