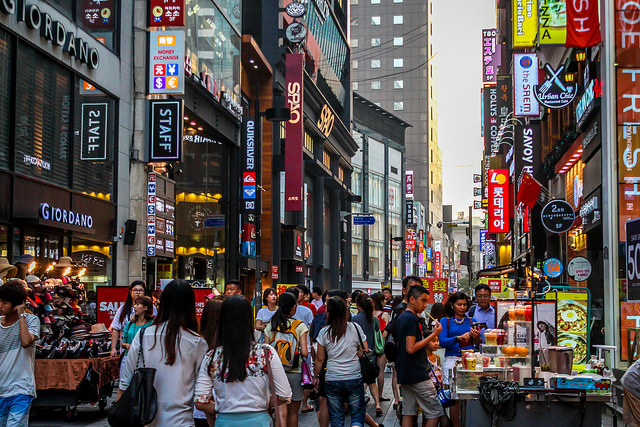 Among the complaints, shopping related inconveniences such as unfriendliness and price gouging accounted for 317 cases or 35.7 percent. (image: Doug Sun Beams/flickr)

SEOUL, March 25 (Korea Bizwire) – Foreign tourists have picked the unfriendly shopping environment and price gouging as the biggest inconveniences of travelling in Korea. In addition, taxi services are still dissatisfying to foreigners in Korea.

According to the Tourism Complaints Center run by the Korea Tourism Organization (KTO), there were 888 complaints raised by foreign visitors last year, up from 881 in 2013.

Among the complaints, shopping related inconveniences such as unfriendliness and price gouging accounted for 317 cases or 35.7 percent. There were even situations where requests for refunds were denied by merchants.

Taxi related inconveniences, such as not using the meter and reckless driving, followed at 12.8 percent. Lodging was picked as the third most inconvenient factor, as some operators imposed extra cancellation fees.

There were even cases where some travel agencies exclusively for foreign tourists did not offer proper guide services or fulfill their contracts, while forcing visitors to buy optional products.

An KTO official said, “When we receive complaints from tourists or foreign residents, we ascertain whether the complaints actually happened or not and take appropriate measures including compensation, correction and penalties.

Meanwhile, foreign tourists can raise their complaints by calling 1330, sending faxes to (033) 738-620, or emailing tourcom@knto.or.kr. The service is availed not only in Korean but also English, Chinese and Japanese.