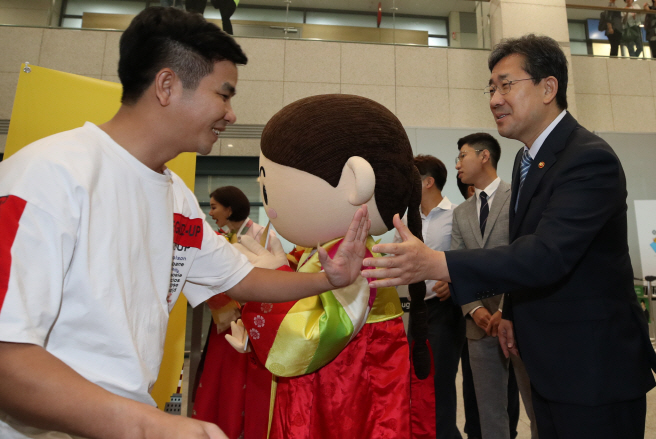 International tourists stayed an average 6.7 days in South Korea last year, down 0.5 from the previous year, according to the survey of 16,000 tourist arrivals taken by the Ministry of Culture, Sports and Tourism and the state-run Korea Tourism Organization (KTO).

The fall contrasts with the prior year’s slight gain. Foreign tourists’ average stay increased to 7.2 days in 2018 from 7 days a year earlier.

Tourists from the Middle East were the biggest spenders with $1,697, followed by visitors from India and China with $1,633 and Mongolian travelers with $1,616. Japanese tourists were the smallest spender with $759.

Slightly over 93 percent of those surveyed were satisfied with their trips to South Korea, with nearly 92 percent most content with the country’s good public order, according to the survey.